How the GOP Tax Plan Can Help Small Businesses More

Stephen Moore
|
Posted: Nov 28, 2017 12:01 AM
Share   Tweet
The opinions expressed by columnists are their own and do not necessarily represent the views of Townhall.com. 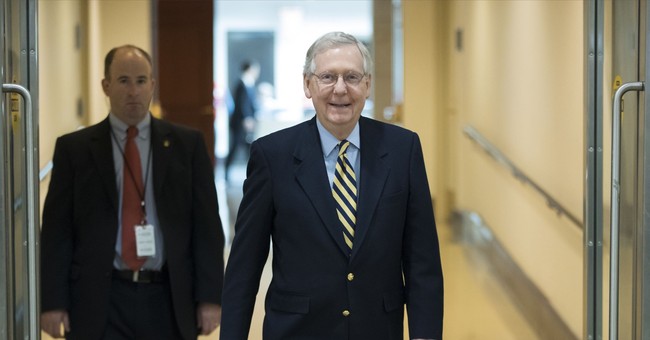 Wisconsin Sen. Ron Johnson has caused a bit of a hullabaloo by complaining that small businesses don't get the benefits that corporations do in the GOP tax plan. Johnson has credibility here because he is one of those rare breeds in Congress who actually knows something about running a business, having done so for nearly 30 years.

Sen. Johnson's beef with the House plan is that the effective tax rate on a successful small business would be almost 36 percent (as opposed to 39.6 percent today), compared with the new 20 percent rate for a corporation, such as General Electric Co. or Boeing.

He has a persuasive argument, though the tax gap is not as unfair as it may at first seem. Unlike a small business, a C-corporation is double taxed (because its owners also pay a dividend and or a capital gains tax of 23.8 percent on top of the 20 percent corporate tax), so the tax rate it pays would be close to the 36 percent a small business pays. But it's also true that many of the shareholders of American corporations -- including university endowments, charities and many pension funds -- are not subject to tax.

In any case, it would be highly desirable, for policy and political reasons, for the Republican tax plan to provide more relief for small businesses, which create more than half the jobs in our country. One solution is to go back to the original proposal by Donald Trump and the House and cut the highest individual income tax rate to 35 percent, which is the rate most profitable small businesses pay. Another idea is to increase the exclusion on small-business income from 17 percent (in the current Senate plan) to closer to 20 percent. This would get the effective rate down to just above 30 percent for family-owned businesses.

How can we make that happen without breaking the budget rules? The added small-business tax relief has to be paid for, and there is a very smart and economically sound way to do that: Eliminate the deductibility of state and local taxes for corporations. It is wildly unfair for a small business to lose this deduction while corporations keep it. The strong case for elimination of state and local tax deductibility equally applies to families, small businesses and large corporations. Tax filers located in low-tax jurisdictions should never pay more tax to subsidize those located in high-tax locales.

The only explanation for Congress' taking these deductions away from small businesses but not corporations is that corporate America has more political muscle in Washington.

Some have argued that if corporations can no longer deduct their state and local taxes, the effective rate on these companies will rise to about 23 or 24 percent -- thus negating some of the value from cutting their rate in the first place. That's wrongheaded thinking for several reasons. First, in states that have no corporate income tax, such as South Dakota and Wyoming, the rate will still be 20 percent. So if companies want to pay closer to 20 percent, they are going to have to move to a low-tax state, such as North Carolina or Utah.

Should we really shed tears for Google or Apple if they have to pay an effective corporate tax rate of 23 percent, only because these companies choose not to move out of California? Getting rid of the deductibility of state and local taxes will force the states with the highest corporate tax rates to lower their rates, or fewer corporations over time will headquarter there.

It's do-or-die time for tax reform. If Republicans get smart they can achieve a two-for-one policy victory here: They can give an additional tax cut of at least $100 billion to small businesses and they can fix the inequity in their tax plan by putting small and large businesses on an equal footing. Ironically, Democrats have been trashing the Trump tax plan as "tax breaks for large corporations." If they want to now go out and defend one of the most indefensible tax write-offs for corporate America in the entire tax code, let them.