Stephen Moore
|
Posted: Sep 13, 2016 12:01 AM
Share   Tweet
The opinions expressed by columnists are their own and do not necessarily represent the views of Townhall.com. 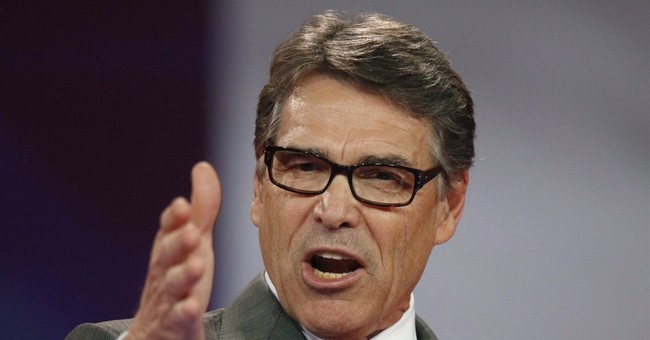 What makes America an economically ingenious place is the competitive federalism model set forth by our Founding Fathers. They established our nation as the world's largest ever free trade zone, in which 50 states use varying economic and fiscal policies to compete for jobs and people.

And boy, have liberals come to hate that model. Why? Because it puts their policies of tax, spend, regulate and restrict on trial every day. We can see with our own eyes the stampede flowing out of liberal blue states and into conservative red states.

These trends are more important to point out today than ever before, because Hillary Clinton wants to adopt a classic "blue state" model of economic revival -- more government spending, higher tax rates on the rich and increased regulations -- while Trump would follow the "red state" course. That would mean: lower tax rates; control of federal spending and regulations; and drilling for our bountiful and valuable energy resources.

If Clinton's vision for America makes sense, why has it failed in the states?

Two years ago, I co-authored a New York Times best-selling book with Arthur Laffer, Rex Sinquefield and Travis Brown, entitled "An Inquiry Into the Nature and Causes of the Wealth of States." We documented the overpowering evidence that states with low tax rates, less regulation and with right-to-work laws have substantially and statistically significant higher rates of job and income growth. Red states, on average, tend to be a magnet for people and incomes, whereas many blue states -- including, most notably, New York and California -- are losing out big-time in the internal migration game.

By the way, I mean red states not as "Republican states," but as shorthand for states that adopt free market policies. I mean "blue states" as places with costly and highly regulated state governments. Virginia once had one of the most pro-growth governors in America, Doug Wilder -- a democrat. Then it had one of the biggest tax and spend governors ever, Bob McDonnell -- a Republican. Party labels don't matter. Policies do.

Almost 1,000 people on net have been leaving high-tax states for low-tax states. This is more than 3 million people a year voting with their feet against liberalism. It isn't quite the same as the exodus after World War II from East Germany to West Germany, but the same phenomenon is in place.

As Rick Perry, the former governor of Texas, loves to point out (and Census data confirm), the Lone Star state (with no income tax) created more jobs from 2007-14 than the other 49 states combined. If you think big government and high taxes are a path to prosperity, how in the world do you explain that one? Even with the oil recession, Texas is still doing fine.

No wonder Clinton is having a hard time convincing voters that her model for rebuilding the economy will work. It hasn't worked anywhere in the country. Even California lost 1 million residents due to internal migration from 2005-14.

The New York Times recently disputed all this, arguing: "Despite what you may have heard, blue states are generally doing better." They looked at life expectancy at birth, percentage of college graduates, median income, and number of patents per 1,000 people.

Not so fast. To find which states are going in the right and wrong directions, you have to look at how things are changing. Even The New York Times editorial admitted: "The gap between today's red and blue states was enormous for much of the 20th century. It then narrowed substantially." But these states made this progress by cutting taxes and regulation.

Blue states were once prosperous, and taxes and spending were less onerous than they are now. Connecticut once was very rich. One key to its success was that until 1991 Connecticut had no income tax. Its other key attribute was its proximity to high-tax, anti-business New York. But over the last 25 years, Connecticut has been in a free fall. It has raised its income tax four times, and there is no state, perhaps outside of Illinois, that has more towering deficits. The joke now in Connecticut is: "Will the last person in the state please turn out the lights?" This is prosperity?

Texas -- not Connecticut or Illinois or New Jersey -- is the model for the country. Clinton wants to make all of America look more like blue state America and Donald Trump wants the country to follow the policies of Florida and Texas. It really is as simple a choice as that.