Stephen Moore
|
Posted: Mar 19, 2016 12:01 AM
Share   Tweet
The opinions expressed by columnists are their own and do not necessarily represent the views of Townhall.com. 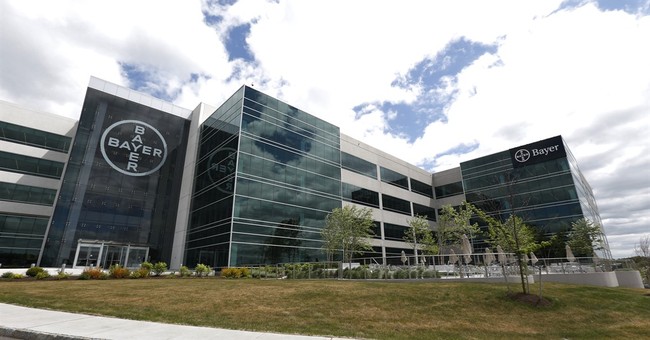 Trending
Late last year, while playing tennis, I reached up to serve and felt a painful pop in my shoulder. The inflammation got worse over the next few months. Now anytime I try to put my arm above my head, pain shoots up my arm. I often wake up at night with an agonizing throb in my shoulder.

So I finally and reluctantly went to the orthopedic surgeon; he said that I had a rotator cuff tear and I would probably need surgery. Ugh! He scheduled me for an MRI, but the day I was set to go, the hospital called to tell me my insurance company declined to pay for the scans. The insurance company, Cigna, tersely sent me a note: "You will need to complete six weeks of conservative treatment, such as physical therapy and anti-inflammatory medication. Once that has been completed and you have been re-evaluated, we can try to have the MRI re-authorized." Gee, thanks. You guys are the best.

I've been doing therapy for many months already, with not much improvement. The doctor explained that the insurance companies want to make sure that physicians aren't padding bills with unnecessary procedures. Incidentally, I've paid for health insurance for 30 years and have almost never used the medical care system. I calculate the insurers have made well over $100,000 off of me.

Everyone has horror stories of insurance companies denying coverage for valid procedures. As an analysis in The Baltimore Sun recently put it: "Among insurance professionals, it is common knowledge that health insurers are denying claims for coverage with increasing frequency." This is what the health industry calls "cost control."

What's the root of the problem here?

First, the excess of health insurance actually drives up cost. The more insurance for a procedure, the more expensive it is. Health inflation and premiums has been rising by nearly double the consumer price index for at least the last decade. This is also why there are so many frivolous procedures performed. Patients have been removed from the decision-making process.

Second, Obamacare has increased demand for health care and is driving up costs, so insurers appear to be cutting their expenses by denying claims more often. By the way, the insurance lobby should take note that this sleazy practice only plays into the hands of Bernie Sanders and others who want a single-payer government system to take over health insurance.

That will make medical care worse -- and more expensive. Studies on Medicaid patients find little or no improvement in health outcomes compared to the uninsured population -- because the level of care is so lousy. Government health care will be Medicaid-type coverage for all. It will be "fair" because we will all get equally subpar medical care -- and I would never get my shoulder surgery under that system.

The health insurance scandal in America today argues not for a vast expansion of government-run health care; instead, it suggests the wisdom of the medical savings account approach, where people put money, tax-free, into an IRA account and draw it down to pay for their first few thousand dollars of coverage. That way it isn't an insurance company who makes the call as to whether I should get an MRI. I make the call with my own money. Is the pain in my shoulder so bad that I want to shell out $1,200 to have a scan? Right now, Cigna says I don't get to make that choice. So it's "free" but I can't get it. Wonderful.

The only people who know whether I need surgery are not the faceless, bean-counting claims adjusters living in Toledo, Ohio, but my doctor and me.