Stephen Moore
|
Posted: Feb 16, 2016 12:01 AM
Share   Tweet
The opinions expressed by columnists are their own and do not necessarily represent the views of Townhall.com. 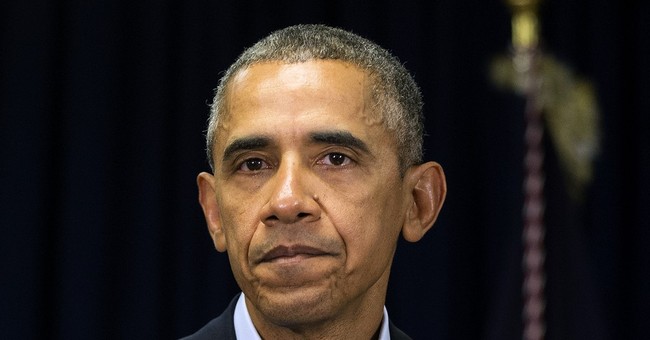 Barack Obama's last budget is nothing if not is a grandiose visionary document. No one -- least of all, Congress -- paid much attention to it, because no one cares where this lame-duck president wants the country to go fiscally.

But the $4.1 trillion Obama manifesto deserves some inspection, if only because it is crammed with so many awful ideas. Americans should be very clear about what the progressive left wants to do next if they retain the White House, and Obama has proudly shown his hand.

I should say at the outset that Republicans have been no fiscal bargain themselves. In two years, the GOP has worked with Obama to ram through budget caps by some $150 billion above levels promised in earlier budget agreements. The maddening spending spree, alas, has been bipartisan.

But Obama and the left see this spree as just the beginning. This 2017 budget would spend $4 trillion for the first time ever, and outlays hit $5 trillion four years after that. And then we head to $6 trillion in the following four years. Mercifully, they don't publish the numbers after that, but one expects Buzz Lightyear to appear and shout: "to infinity and beyond."

The trillions would be pipelined to such "critical investments" as solar and wind energy programs, education, job training, climate change research, mass transit, Medicaid funding for Puerto Rico, Obamacare funding and other goodies that would be gobbled up by the greens, the unions, the welfare industry and the Washington spending lobby. Almost laughably, Obama touts this smorgasbord feast as "fiscally responsible."

It all sounds like an instant replay of the failed 2009 stimulus program with its hollow promise of shovel-ready jobs.

What is more amazing is the catalog of new taxes Obama wants to beat down the economy with to pay for the fiscal jailbreak. The budget calls for $2.8 trillion of new taxes and fees over a decade.

Start with the oil tax of $10 per barrel. This equates to about 20-25 cents more per gallon consumers will pay at the pump. Amazing: Obama was just bragging about $2-a-gallon gasoline in his State of the Union message. This also comes at a time when the oil-and-gas industry is pretty much flat on its back. Twelve major oil companies are expecting losses in 2016, with Chesapeake near bankruptcy. Now Obama wants to put a new tax on them? Insane.

Then there is the capital-gains tax. When Obama came into office, the tax was 15 percent. He raised it to 20 percent, then to 23.8 percent (as part of Obamacare) and now he wants to raise it to 28 percent. That's a 90 percent increase in the tax from the Bush years.

There is also a $110 billion bank tax for financial institutions that get too large and profitable. So, Washington bails out the banks if they are failing but then taxes them if they get too successful. If Obama wants to stop bank consolidation, he should work to repeal the Dodd-Frank bill, which has encouraged record bank mergers.

Then he wants new taxes on 401(k) retirement plans and Roth IRA disbursements. I have always said that putting after-tax dollars into IRA retirement plans was a sucker's bet, because the politicians would simply tax the money again when you start taking it out. And that's what is starting to happen.

The White House would also raise the estate tax -- and nearly triple the number of middle-class estates that must pay the tax. Obama wants to raise the death tax to 45 percent from 40 percent and provide only a $1 million exemption. So those who want to leave their life savings -- already taxed when it was earned -- to their kids and grandkids would have the government take half of it first.

There are more extractions, but the point is that it used to be that liberals, like Michael Dukakis, said that they would only raise taxes "as a last resort." Now it is the first resort, and their politics of envy has morphed them into tax-and-spend cartoon characters. Raising tax rates as high as possible is now a badge of honor, and Hillary Clinton is in a political life-and-death struggle to keep up with Bernie Sanders.

The rich will pay for it all, Sanders pledged to his adoring fans on victory night in New Hampshire. All that was missing was the Howard Dean primal scream of 2004.

What a sad, even pitiful, party the Democrats have become. They are on a crusade to tear down the productive and innovative classes in America in pursuit of economic justice. Instead of a growth agenda that strives to make all of America look like Beverly Hills, they won't stop with the class warfare until all of America looks like Detroit.