Republicans Must Take a Stand for Kids and Minorities

Stephen Moore
|
Posted: Jan 12, 2016 12:01 AM
Share   Tweet
The opinions expressed by columnists are their own and do not necessarily represent the views of Townhall.com. 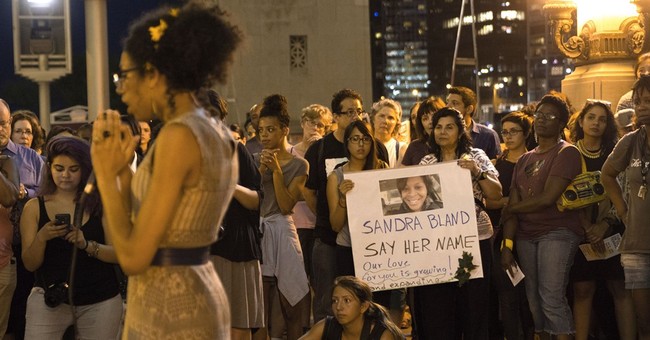 The great Jack Kemp used to say about politicians that "voters don't care what you know until they know that you care." Republicans say they care about the poor and minorities, but do they, really?

We have a test case in front of us right now over whether the congressional leadership will renew the Washington D.C. school voucher program. The program's budget is only $25 million, or less than 0.1 percent of federal education spending. The scholarship program was created in 2004 and was the handiwork of John Boehner and President George W. Bush. The results have been uniformly positive for these families.

But something unforgivable happened at the end of last year. The House leadership admits that they "inadvertently" left out of the $1 trillion omnibus spending bill that passed late last year. They forgot to fund the voucher program for poor black and Hispanic parents because apparently they were too busy funding the Export-Import Bank to help Boeing. About the only domestic program that got eliminated was the one that matters the most. Message: Republicans don't care about these families any more than Democrats do -- which is very little.

The very first order of business for this Congress should be to immediately reauthorize the Washington, D.C., school voucher program. Do it now. Hold a rally in front of the Capitol with the thousands of minority parents and kids who depend on these vouchers. Stand with them. Fight with them loudly and proudly.

A first-rate education for the nation's poor children is a righteous fight and, as Jeanne Allen, the president of the Center for Education Reform puts it, "the civil liberties issue of our time."

What is for sure is that Democrats will never stand with these parents. They can't, because the teachers' unions won't let them and the political contributions would dry up. So union brass and the leaders of the Democratic Party oppose programs that take control from Big Labor and instead empower parents. It's all about power and money for the education blob. The opposition has nothing to do with what's right for the kids. Only rare Democrats like former Connecticut Sen. Joe Lieberman dare support the program -- and he was ousted from his own party. Nothing exposes the spectacular hypocrisy of the Democratic Party more than their brick-wall opposition to education voucher programs.

Meanwhile, the Republicans won't call them out on this.

The D.C. voucher program has helped thousands of very low-income and mostly black kids opt out of the often-dismal public D.C. schools and into high-performing private and Catholic schools. A major assessment funded by the Department of Education found the graduation rates for the students with vouchers is an estimated 12 percentage points higher than for those who didn't get the vouchers. More of the kids go on to college -- some to Harvard and Yale. The odds are high that a large percentage of these kids will be financially successful and rise into the middle class or higher. Is there a better way to reduce income inequality?

The politicians should meet these kids, because the impressive results hit you right in the face. Joseph Kelley is a single father with several kids who have received vouchers. "The public schools in my neighborhood aren't just extremely poor academically; they are physically unsafe," he told me. "At our neighborhood school there was cursing and shoving with a total breakdown in any discipline. Total mayhem. I couldn't expose my son to this environment and those bullying kids." How many politicians would send their kids to such schools?

I know one who doesn't. Barack Obama. The Obamas live in public housing in Washington D.C., but they are rich, so they send their daughters to the very elite, expensive private school called Sidwell Friends. The president's daughters sit next to some of the voucher kids. But Obama wants to kill the program, because apparently only rich people should get to go to the finest schools.

Rather than this program being shut down, it should be expanded dramatically in Washington, D.C., and bring the program to cities with failing schools all over the country. The goal should be for every parent who wants a voucher to get one. We spend more than $30 billion on the Department of Education every year and Republicans even gave DOE a pay raise last year. DOE spending has had zero impact on test scores.

Paul Ryan should announce tomorrow that there will be no budget this year without vouchers. If Obama wants to shut down the government to stop this from happening, let him.

What better way for Republicans to show that they believe black lives matter?