American Prosperity Depends on States Being ‘Laboratories of Democracy’

Stephen Brien
|
Posted: Jan 20, 2020 12:28 PM
Share   Tweet
The opinions expressed by columnists are their own and do not necessarily represent the views of Townhall.com. 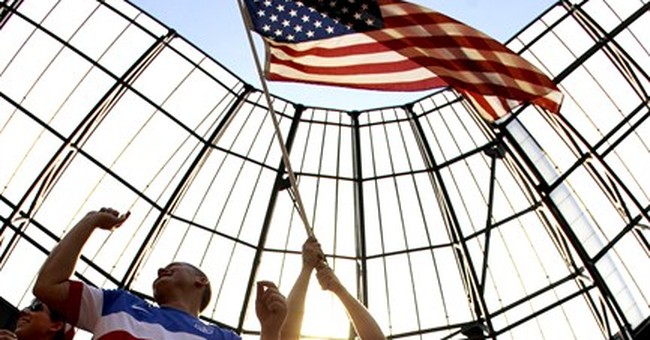 Editor's Note: This piece was co-authored by Stephen Brien, D.Phil. and Shaun Flanagan, the Director of Policy and Director of the Centre for Metrics respectively at the Legatum Institute.

The United States represents what it is to be a prosperous nation, a modern “City upon a Hill.” Its democratic structures serve as an example for others; its economy and productive capacity are world-leading; it has some of the world’s best universities; and its medical care facilities are among the most sophisticated in the world.

However, it is widely recognized that Americans’ well-being has not kept pace with their wealth, and that wealth is not evenly distributed across the country.  The Legatum Institute’s U.S. Prosperity Index, for the first time, identifies the variation in both economic and social well-being of each of the 50 states plus Washington D.C. and highlights the differences between regions and states.  It shows, for instance, that while the overall U.S. homicide rate is 5.3 per 100,000 people, this rate varies massively between 1.0 in New Hampshire and 12.4 in Louisiana, and that Maryland’s poverty rate of 9% is half that of New Mexico’s nearly 20%.

Justice Louis Brandeis famously described the states as “laboratories of democracy,” in which social and economic policies could be developed and tested without directly affecting the rest of the country.  The Index demonstrates the outcomes of those experiments, with more than 200 indicators measuring 11 distinct pillars of prosperity.  It tracks, in short, the availability of the American Dream to residents of every state.

While the Index’s finding that the level of prosperity enjoyed by states in the Northeast is much higher than in the South is not a shock, it is perhaps more surprising to see that no single state has yet succeeded in fostering a high degree of both economic and social well-being for its population.  Contrary to the global context, where the most prosperous countries perform well across all pillars of prosperity, no state in the U.S. is universally strong.  In fact, every state except top-ranked Massachusetts, is ranked below 20th in at least one pillar.

The Index reveals that there are clear opportunities for improvement in every state, and that states can and must learn from each other.  While the necessary area of focus is different for each state, citizens and policymakers across the U.S. should be looking to their peers for best practices from which they can learn.  For instance, Connecticut, which is ranked 2nd for prosperity overall but 29th for economic quality, might look to California as an example of a state that has improved its economic quality significantly over the last decade.  Similarly, although Nebraska is ranked just 16th for prosperity overall, it could provide an example of how to improve in the area of health to Maryland, which is ranked 9th overall but just 21st for health.

Many states have already demonstrated that improvements are possible.  For example, the District of Columbia saw the greatest increase in prosperity over the last 10 years, having upgraded its infrastructure through road and bridge improvements and seen safety and security improve with reductions in burglary and motor vehicle thefts.  Residents in the capital are also healthier than a decade ago, with falling rates of obesity and smoking, and a decreasing prevalence of high blood pressure, diabetes, and heart attacks.  However, there are still other areas to be addressed to drive even greater prosperity growth. Washington, D.C.’s rates of alcohol use and illicit drug disorders are the highest in the U.S., and although it has the best higher education ranking and most educated residents in the country, its secondary education system is the poorest of all states.

Although priority areas and strategic approaches will necessarily vary, it is clear that state-level political will has much to contribute to the development of prosperity across the U.S.  But for too long, the majority of policymakers have focused on the big fiscal and macroeconomic policy tools at their disposal, or separately considered the social factors.  For future improvements in prosperity, it is vital that they take a holistic view, consider the broader implications of social, economic, and institutional policies, and seek opportunities to learn from each other.

The long-term prospects for the prosperity of the United States are strong.  The fundamental promise of the American social contract has stood the test of time: the success of the individual still feeds into the success of the nation as a whole, and vice versa.  The states have a critical role to play in the maintenance of that virtuous circle.

Stephen Brien, D.Phil. and Shaun Flanagan are the Director of Policy and Director of the Centre for Metrics respectively at the Legatum Institute, a London-based think tank and educational charity with a global vision to see all people lifted out of poverty.