Dr. Bird has joined the Young America’s Foundation team as academic director for the National Journalism Center where he works with interns from around the nation, training them in journalism and writing as well as placing them with national media outlets.

After pursuing a newspaper career for seven years, Dr. Bird returned to the academy, earning both a master’s and doctorate in communication with emphasis in journalism. He worked for the past 16 years in academia as a journalism fellow, instructor, assistant professor, associate professor, and adviser to student publications.

He also freelanced for publications in Washington D.C., Boston, Richmond, Roanoke, and a number of small-town newspapers. As an academic, Dr. Bird publishes journalism history, focusing on Civil War journalism and sports journalism. 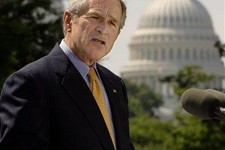