Can Trump Recover and Win in November?

Star Parker
|
Posted: Jun 17, 2020 12:01 AM
Share   Tweet
The opinions expressed by columnists are their own and do not necessarily represent the views of Townhall.com. 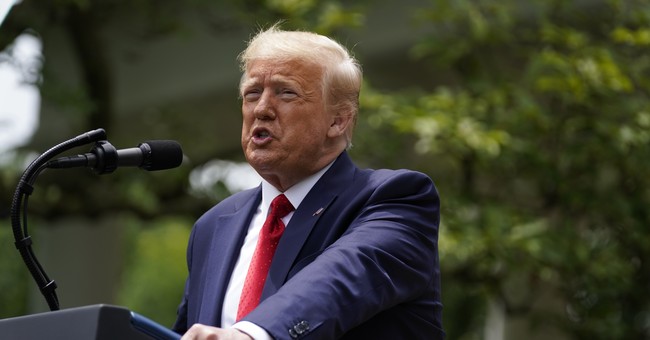 Henry Olsen, a scholar from the Ethics and Public Policy Center in Washington, D.C., has a well-deserved reputation for on-target analysis on politics and elections.

Olsen just published a column in the Washington Post titled "Trump may be down, but he is not out. At least not yet."

The bottom has fallen out of President Donald Trump's approval ratings. Most recently, Gallup reports his approval at 39%, down 10 points from the month before.

According to Olsen, by conventional analysis, the outlook for a Trump victory in November is not good. "Presidents who polled this poorly less than five months before Election Day have always lost," he wrote.

But how useful is conventional analysis now?

President Trump is not a conventional figure. These are not conventional times. And his polling has been like a roller coaster since he was elected.

The standard reelection campaign refrain is "Are you better off now than you were four years ago?"

President Trump ran on a theme: "Make America Great Again." Voters will ask in November, "Is America greater today than four years ago?"

Here again, there is reason for concern.

Another new Gallup poll shows the percentage of Americans saying they are "extremely" or "very" proud of their country is the lowest ever, at 63%. This is 18 points lower than where it stood four years ago.

Gallup also now reports only 20% of Americans saying they are satisfied with the direction of the country. Just four months ago, in February, it stood at 45%, the highest it had stood in 15 years.

The first big drop in satisfaction occurred following the spread of COVID-19. Then, in May, it dropped 12 points following the death of George Floyd.

Last February, the economy was surging, as was Trump's approval. Unemployment, including black unemployment, was at all-time lows.

Now Trump is being tarred, justifiably or not, with COVID-19 and racial unrest.

Can light enter the tunnel?

The May jobs report was strong, showing a drop in unemployment and 2.5 million new jobs. The economy is starting to roar back.

Most certainly, there will be some kind of bipartisan legislation dealing with policing. Demonstrations don't go on forever. Time, plus action on policing, could take the edge off racial tensions.

A sharp economic recovery and easing of racial tensions can produce a bounce-back for Trump like he has seen in the past.

What motivated voters to go Republican in 2016 and swing six blue states red was the Make America Great Again message: freedom in the marketplace and draining the swamp in Washington.

The challenges are even greater now than then.

We are now looking at a $2 trillion-plus deficit. National debt now stands at 110% of our gross domestic product -- the highest since World War II.

The answers to our COVID-19 recovery and our racial challenges must be freedom. Only freedom will open the door to innovation and respecting the humanity of every citizen.

It will be easy to go down the alternative road, where the nation's left would like to take us -- institutionalizing the massive surge of government to deal with COVID-19 and more government-mandated diversity as the answer to racial tensions. This will bog us down with socialism and slow growth, hurting the very people we supposedly want to help.

The candidate who conveys to voters a sense that America's future will be defined by freedom, and a rule of law that respects the humanity of all and is carried out fairly and equally, is the candidate America's majority will choose.