Star Parker
|
Posted: Jul 17, 2019 12:01 AM
Share   Tweet
The opinions expressed by columnists are their own and do not necessarily represent the views of Townhall.com. 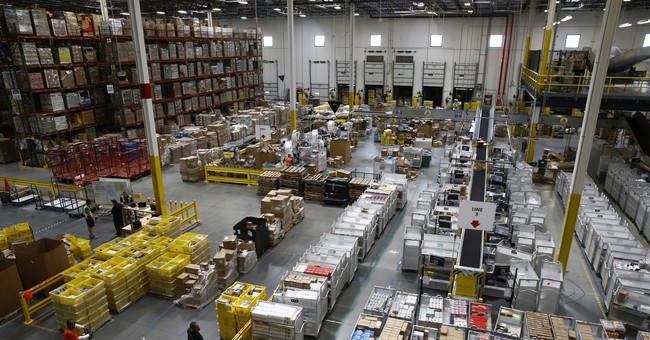 Democrats in Congress have again brought the minimum wage to the national political stage.

Legislation moving forward in the House, H.R. 582, the Raise the Wage Act, would increase the national minimum wage from the current $7.25 per hour to $15 per hour in increments spanning the next five years.

What drives the difference between the parties?

But I reject this take on things.

The thrust of all my work focuses on improving the lot of low-income Americans.

And I think the minimum wage is a terrible idea.

I operate a business, albeit a nonprofit business.

How do I decide how much to pay employees? I determine what I can afford and then try to get the best people I can at that wage.

Suppose what I decide I can afford is not enough to attract the kind of person I am looking for. I won't get any applicants. I've got to figure out how I can pay more, or if it is viable to hire people less qualified and hope they will learn on the job and then not quit if their salary does not grow with their performance.

In short, these are dynamic and highly personalized calculations between a business owner, workers and the marketplace.

How can it possibly work if the government gets involved telling me what I should pay people? It can't work, and it doesn't work.

Minimum wage advocates want to claim that it's different on the lowest rung of the pay scale. But no, it's not different.

Every employer pays as much as he or she can to get the best possible workforce.

If the government sets a floor on what can be paid for a certain kind of job, either the job won't be filled; someone overqualified will do it; or automation will substitute.

There's tons of research on the minimum wage. But the bottom line is common sense. All employers will hire the best workforce they can afford. If government limits what they can afford, the workforce will be constrained.

This is even giving Democrats pause.

But what is even missing from this analysis is how many would benefit from minimizing government interference in the marketplace altogether, rather than government stepping in and manipulating and distorting the marketplace.

The bread and butter of Democratic politicians is convincing voters that they can make their lives better by expanding government and getting it more involved in private lives.

But data convincingly shows that the most prosperous nations are the ones with the freest economies.

Democrats also cause collateral damage by getting many Americans to believe what isn't true -- that politicians can make their lives better.

The headline of a Wall Street Journal report from a few days ago reads, "A Record Expansion's Surprise Winners: The Low-Skilled." The subheadline reads, "As unemployment remains at near generation lows, the fortunes of low-wage workers have improved markedly."

Want to help those struggling at the bottom? Reduce regulations. Cut taxes. Minimize government interference. And unleash the creative human potential of the free marketplace.

Star Parker is an author and president of CURE, Center for Urban Renewal and Education. Contact her at www.urbancure.org