The Ongoing War Against Christianity 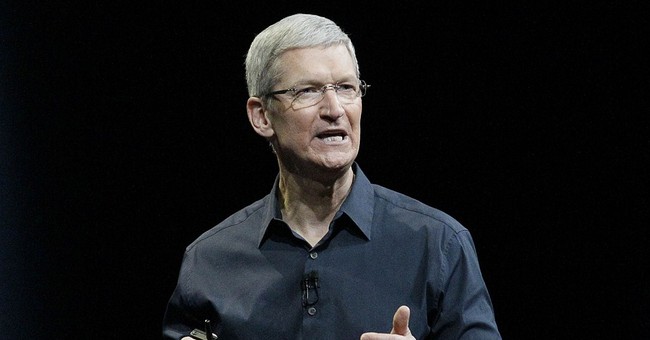 Columnist George Will points out that Apple’s openly gay CEO, Tim Cook, “…thinks Indiana is a terrible place. (But) He opened marketing and retail operations in Saudi Arabia two months before a man was sentenced to 450 lashes for being gay.”

World Magazine reports that Cook has recently been in the United Arab Emirates negotiating on behalf of Apple, where homosexuality is against the law and the penalty is death.

Cook’s duplicity is not just in deeds, but also in words.

The Indiana law was passed to protect religious freedom, mirroring existing federal law and law in 31 states around the nation.

He renders religious freedom meaningless by accusing those, who exercise their right of protection, of discrimination against those who wish to violate their rights.

“This isn’t a political issue. It isn’t a religious issue. This is about how we treat each other as human beings,” he writes. You would think that Cook, CEO of the most valuable company in the world, with a reported personal net worth of $400 million, could perceive his transparent double standard.

For him and other homosexual activists, Christians cannot observe their religion and live by the Bible’s words they hold sacred without discriminating against gays. If this is about “how we treat each other as human beings,” as Cook writes, then how can he justify a same-sex couple going to a baker or photographer they well know is Christian, for whom homosexuality is a sin, and demand a cake or photography for a gay wedding. Can Tim Cook really believe that this is decent, tolerant, freedom loving human behavior?

The truth is that the objective of the homosexual campaign is not about American freedom. The objective is the de-legitimization and annihilation of Christianity in America.

This did not begin yesterday.

It is now well over a half century that the words of our constitution are being distorted so that the very protections guaranteed for Christians are used as weapons against them.

And what has happened over the last half century while this has been going on?

The institutions and behavior that provide the glue holding together a faithful, civil, and virtuous society have collapsed. The traditional American family is in shambles. Forty three percent of our babies now born to unwed mothers compared to 5 percent a half century ago. And over 56 million aborted unborn children.

It was not by accident that America’s first president George Washington warned the young nation, in his farewell address, that religion and morality are “indispensible” to “political prosperity” and he cautioned against “the supposition that morality can be maintained without religion.”

As many political and business leaders cowardly enable this global war on Christianity, Christians must stand in defense of themselves and their religion and convictions.

Oops: J6 Committee Star Witness' Creditability About Trump Might Take a Huge Hit
Townhall
'This RULES': Beavis and Butthead find out they have 'white privilege' and it's the funniest damn thing you'll see today (watch)
Twitchy
More Implosion of Hutchinson's J6 Claims as Adam Schiff Steps in It Big Time on CNN
Redstate
Another J6 Trump 'Bombshell' Outed as a Hoax!
PJ Media