EEOC Has Become the Problem, Not the Solution 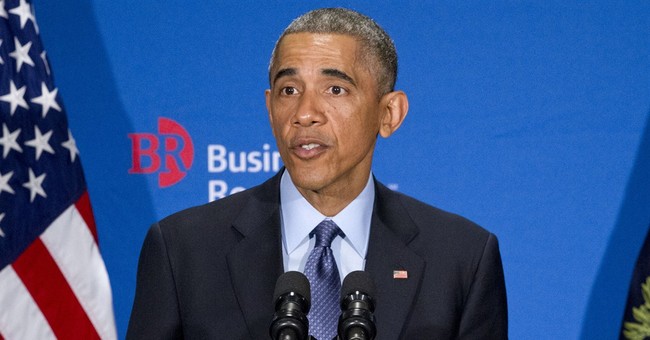 One of President Ronald Reagan’s most famous quips was that the nine most terrifying words in the English language are “I’m from the government and I’m here to help you.”

It is indeed sad that America today is plagued, indeed threatened, by the very institution it invented to protect its own citizens. Government.

And there’s no better example of today’s distortions of what government is supposed to be about than the EEOC – The Equal Employment Opportunity Commission.

The EEOC was established in the wave of idealism of the 1960s as part of the Civil Rights Act of 1964. The agency was set up to enforce federal laws established to protect against discrimination in the workplace.

What’s discrimination? It started out to be discrimination on the basis of race, color, religion, national origin, sex, age, disability, and genetic information.

In 2011 the EEOC included “sex stereotyping” of lesbian, gay, and bi-sexual individuals as a form of sex discrimination. In 2012, the definition of discrimination warranting protection was again expanded to include transgender status and gender identity.

Once we decide that right and wrong is a political problem rather than a religious/moral problem, our lives get turned over to politicians and bureaucrats who, with great relish and enthusiasm, exercise their power to control us and define right, wrong, and justice for us.

Two Obama nominees for the EEOC were just confirmed by the US Senate and both, warriors for the LGTB cause, are getting their due celebration from groups that support this agenda.

It’s worth recalling again the case of Crystal Dixon, a Christian black woman, who, in 2008, in the midst of a successful career at the University of Toledo, was fired from her job as Associate Vice President for Human Resources because of a politically incorrect op-ed piece she wrote, as a private citizen, in the local newspaper.

Dixon’s op-ed, published in the Toledo Free Press, challenged an earlier op-ed which equated the movement for gay rights to the civil rights movement of the 1960’s. Dixon’s op-ed included the fatal phrase “….I take great umbrage at the notion that those choosing the homosexual lifestyle are civil rights victims.”

Dixon was shown the door, informed that her career at the University of Toledo was over.

Moral relativism does not neutralize the moral marketplace. It replaces one set of values with another.

As Christians are forced to hide in the shadows of today’s America, it is clear which set of values now define the day.

Absurdities abound as we increasingly relinquish our lives, and our freedom, to Washington political power brokers.

Honeywell Corporation is now being sued by the EEOC because the firm insists that employees covered by the firm’s health insurance plan take a health survey as part of the corporate wellness program. According to the EEOC, requiring the survey, and penalizing those who don’t take it, violates the Americans With Disabilities Act and the Genetic Information Nondiscrimination Act.

Maybe, as Americans enter this Advent season, approaching Christmas, we all should dedicate special thought time this year to what it means to be free and to live in a free country.

Perhaps a useful point of focus might be on the most famous antidiscrimination employment act in American history – the breaking of the racial barrier in major league baseball.

It didn’t happen because of a government dictate. It happened because of the free choice and courage of two deeply Christian men – Brooklyn Dodgers General Manager Branch Rickey and Jackie Robinson.

Maybe Christmas season 2015 will be the year Americans re-find their way and realize that a country controlled by politicians cannot be a country that is free.

The great invention of the American founders, becoming so lost today, was the idea that government protects its citizens so they can take personal responsibility for their own lives and make those moral choices.