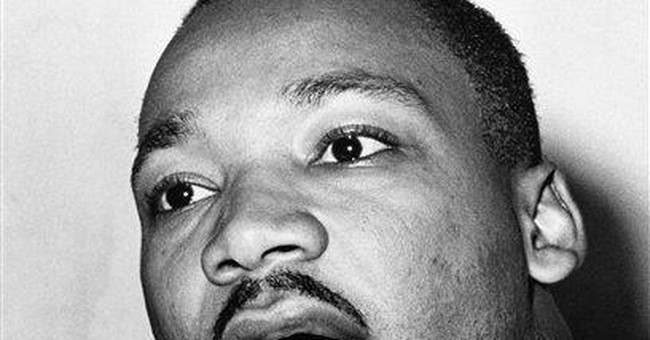 The race issue refuses to disappear from American politics because problems tied to race persist.

The civil rights movement showed that in a nation which is free, civil, and moral, a few can create a non-violent revolution and change the world when their claims are just and moral, and when they are willing to fight and persist.

Just as that movement, starting with a few black leaders in the 1960’s, showed that our nation was sick and needed to be healed, the same thing is happening today.

A superb example is the remarkable leadership of Rev. James Meeks in Chicago.

Pastor Meeks, the spiritual leader of one of Chicago’s largest black churches, is also a Democrat senator in the state legislature. Working with both Democrats and Republicans, and with the help of a free market think tank in Illinois, Meeks put together legislation to provide vouchers for kids in Chicago’s worst public schools to escape and attend a private school.

Increasingly, school choice initiatives around the country are being championed at the grass roots by local black leaders, often Democrats, for whom the truth is too straightforward to deny.

In the case of Chicago, home town of our current Secretary of Education Duncan, the picture is bleak. Thirteen percent of 8th graders in Chicago public schools are proficient in math and 17 percent proficient in reading. The high school graduation rate is barely over 50% and 6% of kids in Chicago’s public schools go on to get college degrees.

Pastor Meeks’ remarks to the Wall Street Journal were on target: “To me education is a moral issue…..it’s a moral tragedy to see three generations of Chicago children go without an education.”

But this is also a disproportionately black problem. These kids in Chicago are largely black. And, similarly, around the country, it’s black kids in failing schools and black kids that go generation after generation without gaining the essential knowledge and skills for living free and prospering.

Pastor Meeks is right. This is a moral problem. So, like in the 1960’s, the nation is sick and problems in black America are symptoms of the disease.

The disease today is moral relativism.

It’s too bad that today we need research to confirm what tradition always told us. The evidence is overwhelming that nothing influences a child’s performance in school like family life.

Today, much of black family life is in shambles, a direct result of the welfare state which emerged the same time as the Civil Rights Act. Meanwhile, since the 1960s, any last vestige of teaching traditional values, of acknowledgement of traditional religious truths, has been purged from our public school system.

Blacks are left with an untenable reality. Kids from largely single parent homes attend public schools where they are not permitted to learn right from wrong. Can anyone believe that this formula for failure can be fixed, regardless of how much more public money is pumped into these schools?

Meeks’ bill got through the Illinois state senate but then hung up in the House where, with a handful more Republican votes, it would have passed. Republicans let down Pastor Meeks and black children.

Dr. King understood that blacks had to solve their own problems. The same holds true today.

New black church leadership must lead their own communities out of the wilderness, away from the illusions of government, to freedom. Their efforts might provide an example to a whole, increasingly confused and lost nation as well.