After Massachusetts, What's Next for the GOP? 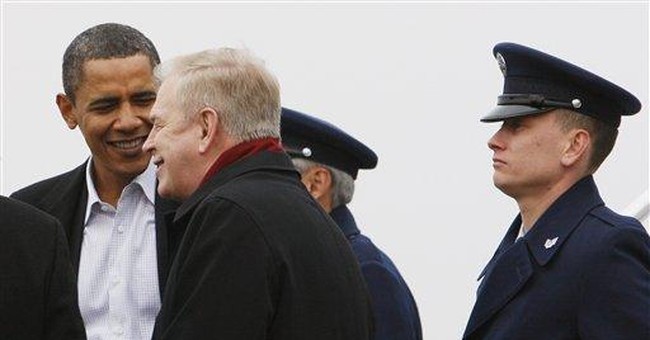 Have you ever watched as a dear friend becomes smitten with someone you know is not for them?

You listen as they swear how Mr. or Ms. Right has finally arrived, wondering how they cannot see the obvious. Your only option is to watch and wait for the inevitable, knowing that when it's over you'll be there to help pick up the pieces.

So, yes, independent voters, who were key to electing Barack Obama, are now falling out of love with him. But, I ask, what were you folks thinking a year ago?

You didn't realize that the post-racial candidate with the magic wand was a classic, boilerplate liberal? You were so sick of Republicans that you didn't bother to think about it? But you do know about these rebound relationships, don't you?

It's not like we haven't had our experience with liberalism. That experience made the liberal label so politically deadly that liberals renamed themselves "progressives."

So, what can we expect now in the wake of the miracle in Massachusetts?

Democrats are between a rock and hard place because Barack Obama is not going to change. This is a date that you know after five minutes is not going to work and you have the whole evening ahead of you. In this case, it's three more years.

But Bill Clinton is a not an ideologue. Bill is a pragmatic man. He'll do whatever it takes to keep the party going.

It's hard to fathom Obama doing the equivalent of signing welfare reform, promoting a free trade treaty like NAFTA, or cutting the capital gains tax.

Obama is a liberal ideologue. To change would require him to become a different man. Not impossible, but highly unlikely.

Democrats, under this president's leadership, will continue to push a left wing, liberal program. This means that the door will be open for Republicans to make hay, as independent voters nationwide wake up and recall why the "liberal" label became so deadly.

Over the last ten days, the probability of Democrats retaining control of the House in 2010 dropped from 85 percent to 59 percent, as reflected in contracts traded on Intrade.com.

Economic recovery will continue at tortoise-like speed as result of the prevailing culture of high taxes, expanding government spending and deficits, and welfare state bailouts that encourage non-productive behavior.

It will be tempting for many Republicans to take the easy way and campaign to exploit prevailing unhappiness. This would be irresponsible. The problems facing the nation are too great.

Return to a low tax, limited government environment. Address escalating health care costs with market, enterprise-driven reforms. We are drowning in the red ink of entitlements. Social Security, Medicare, and Medicaid must be transformed into models of ownership and choice. Parents must be given freedom to choose where to send their children to school.

A bold Republican agenda would aim to unite our deeply divided nation by reaching into black and Latino communities to show that ownership and personal responsibility -- not the welfare state -- is the key to the American dream.

And let's not shy away from the truth that this is a nation under God.

Some say that a free society has no religious absolutes. Stephen Douglas argued this when, in his debates with Lincoln, he claimed it was the American way for each state to be free to decide if it would permit slavery.

Current polling shows that less than one in three Americans feel the country is on the right track. It's time to get back on the path of freedom.