Back on Uncle Sam's Plantation 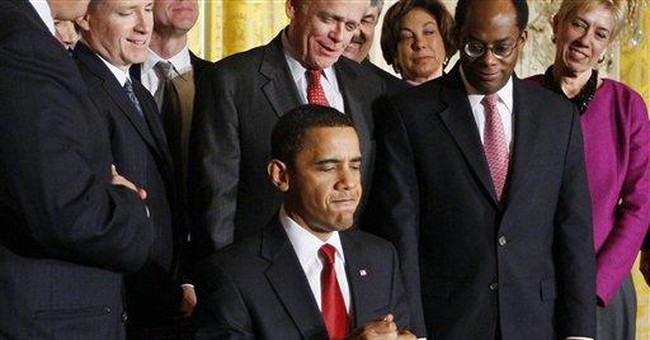 Six years ago I wrote a book called "Uncle Sam's Plantation." I wrote the book to tell my own story of what I saw living inside the welfare state and my own transformation out of it.

I said in that book that indeed there are two Americas. A poor America on socialism and a wealthy America on capitalism.

A vast sea of perhaps well intentioned government programs, all initially set into motion in the 1960's, that were going to lift the nation's poor out of poverty.

A benevolent Uncle Sam welcomed mostly poor black Americans onto the government plantation. Those who accepted the invitation switched mindsets from "How do I take care of myself?" to "What do I have to do to stay on the plantation?"

Instead of solving economic problems, government welfare socialism created monstrous moral and spiritual problems. The kind of problems that are inevitable when individuals turn responsibility for their lives over to others.

Through God's grace, I found my way out. It was then that I understood what freedom meant and how great this country is.

I had the privilege of working on welfare reform in 1996, passed by a Republican congress and signed into law by a Democrat president. A few years after enactment, welfare roles were down fifty percent.

I thought we were on the road to moving socialism out of our poor black communities and replacing it with wealth producing American capitalism.

But, incredibly, we are going in the opposite direction.

Uncle Sam has welcomed our banks onto the plantation and they have said, "Thank you, Suh."

There is some kind of irony that this is all happening under our first black president on the 200th anniversary of the birthday of Abraham Lincoln.

Worse, socialism seems to be the element of our new young president. And maybe even more troubling, our corporate executives seem happy to move onto the plantation.

In an op-ed on the opinion page of the Washington Post, Mr. Obama is clear that the goal of his trillion dollar spending plan is much more than short term economic stimulus.

"This plan is more than a prescription for short-term spending-it's a strategy for America's long-term growth and opportunity in areas such as renewable energy, health care, and education."

Perhaps more incredibly, Obama seems to think that government taking over an economy is a new idea. Or that massive growth in government can take place "with unprecedented transparency and accountability."

Or how about the Economic Opportunity Act of 1964 -- The War on Poverty -- which President Johnson said "...does not merely expand old programs or improve what is already being done. It charts a new course. It strikes at the causes, not just the consequences of poverty."

Trillions of dollars later, black poverty is the same. But black families are not, with triple the incidence of single parent homes and out of wedlock births.

It's not complicated. Americans can accept Barack Obama's invitation to move onto the plantation. Or they can choose personal responsibility and freedom.

Does anyone really need to think about what the choice should be?