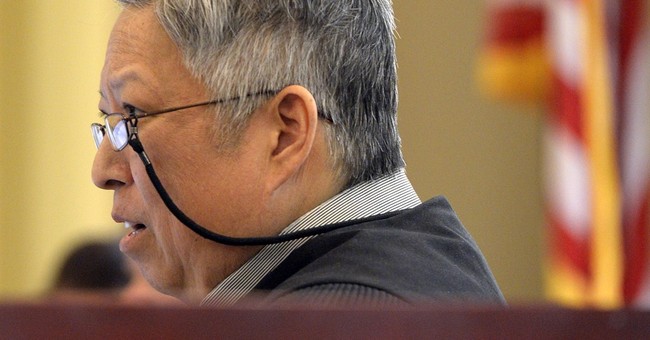 The tragedy of low expectations strikes again. I’m referring to the lack of honest discussion surrounding the ills plaguing the blacks in America. Not one serious discussion led by local or national community members on why black kids aren’t taught how to respectfully deal with police. No one with enough gall to simply say: Houston, we have a serious problem. And it’s not the police.

As a member of the greater St. Louis Missouri community I've watched with trepidation as carpet-bagging agitators infiltrated the city of Ferguson; after the officer involved shooting of Michael Brown. These unwanted, paid troublemakers have attempted to destroy the sense of peace and stability that was previously a hallmark of a wonderful place to live, Ferguson Missouri. The St. Louis Metro areas has endured over three months of almost nightly protesting and upheaval.

With the expected announcement of the findings of the grand jury, empaneled to review the evidence surrounding the Mike Brown shooting, many in St. Louis are bracing for the worst. Gun sales have quadrupled and prepping sales have soared; it's as if we're bracing for a category five catastrophe. Local officials up to and including the governor have come out denouncing the threats of violence and mayhem. If violent action is indeed taken in response to the anticipated No Bill finding what will that solve? Certainly those who feel entitled to lash out and destroy property will be sated.

But to what end? Will educational performance in inner city schools increase? How about black unemployment, will that be addressed? Perhaps abortion rate for black women will decrease to be on par with women of other ethnicities? Will the number of black children killed by blacks decrease? Will the mistrust and hostile relations between police forces and citizens in predominately black neighborhoods improve? Not in the least. None of these truly difficult issues will ever be solved by violent protest against the police.

In order to realize actual change, as opposed to feel good sloganeering, proposed action must begin with those within the black community who continue to reward and celebrate failure, by delegitimizing children who seek to succeed in school. That has to stop. Why are intelligent black children getting beat up after school for getting A’s in class? In what universe is that even partially acceptable? Certainly we can stop that from being the norm in inner city schools across America.

The glorification of thug culture through hip-hop music and the wholesale acceptance of rampant degradation of black women has to stop.

Equating a desire to succeed and speak proper English with a desire to be white or that person not being authentically black has to be denounced for what it is: idiocy. I agree that it's time for change: the change needed must begin at the heart of the problem. No amount of additional police training will right the current state of the black family unit in America. In order to do that, afflicted mindsets and behavior patterns must undergo a massive overhaul.

November’s midterm election results showed an American populous back on its heels in frustration with governance by Democrats, their failed policies and ideological silliness. Now is a perfect time to return to the traditional mores and values that have in past decades served blacks so very well. Prioritizing graduating from high school, marrying before having children, and hard work would dramatically improve the lives of millions of people in America. We’ve tried free love, easy birth control and abortion on demand and the results are mercilessly devastating.

Not so fast. Police departments don't get a pass from me on where they stand in their interactions with the public. News reports and YouTube videos provide abundant proof that there is improvement needed in relations between law enforcement and America’s citizenry. This should be a priority; Americans pay the salaries of our public servants through our taxes. As the daughter of a career law enforcement officer, I can assure you that as tough as the job is, these individuals love what they do. It's a calling. Addressing this issue shouldn’t be left to wait until there’s a tragedy that propels segments of society to demand examination of current policies and training methods.

It’s past time for every American, but black America especially to get in the drivers seat and take control of the life that each of us is given. Don’t blame rogue police for stopping you if you’re jaywalking in the street. Don’t shoplift, steal, and rough up storeowners. Engage police officers with respect, if there’s a problem, report it. Start with yourself, it’s the best place to begin, and yields the greatest return.