Spencer Brown
|
Posted: Jan 27, 2022 12:01 AM
Share   Tweet
The opinions expressed by columnists are their own and do not necessarily represent the views of Townhall.com. 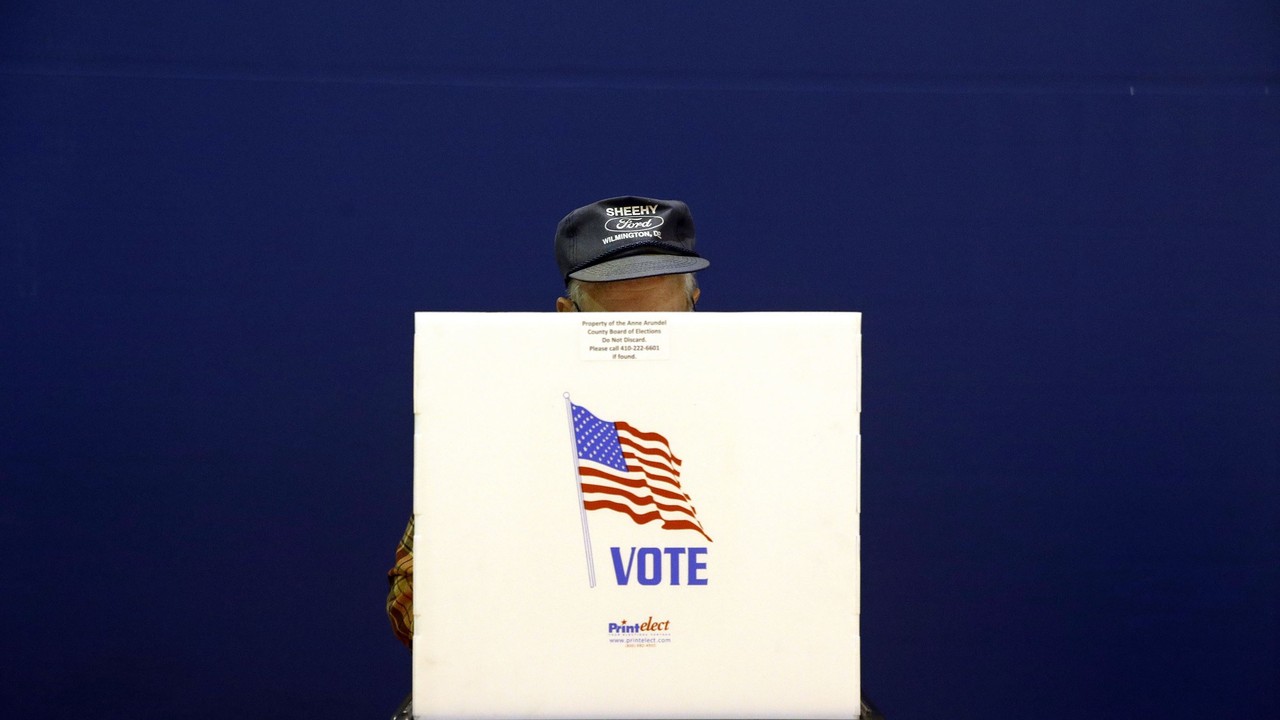 With the 2022 midterm elections looming, primary races are heating up across the country as conservative candidates jockey for support from Republican voters. The goal for candidates is to prove their conservative bona fides while making the case for why they have the best shot at defeating the Democrat nominee in November. For many Republicans in primary races, their pledges sound similar: to be a check against President Biden’s agenda, to restore America’s strength on the world stage, to support medical freedom and oppose mandates, and to shrink the size of government. But are they telling the truth?

While the promises across the country from hopefuls seeking to represent states and congressional districts may sound similar, not all of those running to be GOP nominees have a track record that backs up their rhetoric. And it is here where conservatives need to be wary of candidates who sound good saying the right things, but haven’t always done or said the same.

It seems that in 2022, a major area of hypocritical flip-flopping will be over candidates’ reaction to the Wuhan coronavirus and how they handled mandates, restrictions, and guidance from the Biden administration prior to running for office.

A prime case-in-point is the Republican primary race for U.S. Senate in Pennsylvania in which TV doctor Mehmet Oz parachuted in, flush with cash and consultants, to make a run at the nomination. As has been covered previously by Townhall and other outlets, Dr. Oz may generally be saying the right things with a large (bought) megaphone, but his more recent comments don’t jive with previous statements.

For example, Oz was forced to walk-back his comments that were complimentary of China’s response to the Wuhan coronavirus despite its lack of transparency and falsified case data, not to mention China’s attempt to conceal the initial outbreak and horde needed goods. Oz also supported the policies that destroyed small businesses, caused a mental health crisis, and set an entire generation of young people behind.

An interview posted to YouTube by NBC News titled “Dr. Oz Says America Needs To Learn From Wuhan’s Quarantine Lessons” gives the gist of what his stance on China and COVID restrictions once was. In the hit, Oz cites CCP data saying “Chinese numbers dropped dramatically which is fantastic news” and said “it’s also valuable for us to understand why they were able to do that.” (Hint: It’s the totalitarian communist government that cooked the books and exerts suffocating control over Chinese citizens.)

Oz continued talking about seeing “benefits of what many would call draconian actions” such as “shutting down all public gatherings.” “We’re gonna have six to eight weeks of pain before we get through this,” he added during the March 2020 interview.

Using swiss cheese as a demonstrative, Oz also endorsed the idea of double-masking on his show and tweeted a graphic claiming that wearing a mask “is a sign of love.” Among the “experts” Dr. Oz gave a platform on his show is Dr. Peter Hotez, who has called for the Department of Justice and Homeland Security to be tasked with going after those who oppose vaccine mandates.

Oz also tweeted a video criticizing those who were “complaining” about masking to prevent COVID, calling masking up the “kindest thing” a person can do and the “closest you can come to being a real-life superhero, because you can save lives by wearing a mask.” “Listen, I wore masks for twelve hour surgeries my entire career with no problem… You can get used to wearing them when you go grocery shopping,” Oz scolded.

But after he decided to run for the U.S. Senate, Oz changed his tune. Now he talks tough about China and says he supports reopening schools, removing restrictions on businesses, and rolling back mandates. Sure, there’s room for opinions to change as more information became available. But, at Townhall for example, we told the truth about China’s role in the pandemic from the start and consistently opposed panic-driven lockdowns and restrictions. Dr. Oz could have done the same, but he didn’t start singing a different song until he was running for office against other Republicans.

It is this kind of flip-flopping that conservative voters nationwide need to look out for in 2022’s primaries. No matter the issue — whether it’s dealing with the Wuhan coronavirus, standing up to the unelected institutional powers in D.C., condemning the Chinese Communist Party’s atrocities, or being critical of the Biden administration and the president’s allies in Congress — candidates who didn’t switch positions based on polling should be the ones who prevail.

Anecdotally, Pennsylvania’s Republican voters are already proving to be discerning along these lines. As Rebecca reported for Townhall earlier this week, candidates parachuting into the Keystone State with loads of cash to make big ad buys haven’t fared well in early straw polls of Pennsylvania’s grassroots activists. And that's a good sign.

This sort of contest isn't just playing out in Pennsylvania, either. Republicans in Alabama, Georgia, Missouri, Alaska, and several other states are narrowing down choices for their nominee to take on Democrats in November and are faced with the important task of choosing the best candidate to represent their state and its residents in the swamp.

Primaries are not just about who can sway enough Republicans to turn out early with flashy ads or national notoriety, it's about who is best positioned to win in November and go on to represent their neighbors while holding the line for conservative principles in Washington. By doing a little bit of homework and holding primary candidates accountable for their past positions, conservatives can ensure that Republican winners in November actually go on to stand up for our ideas.