Well Funded, Out of State Candidates Fall Flat with Grassroots Republicans in Pennsylvania 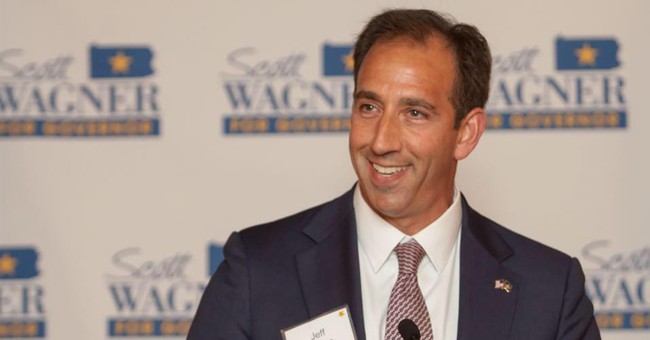 Money has not been translating to votes in the Republican Pennsylvania Senate primary to replace outgoing Sen. Pat Toomey. Self-funders like Dr. Mehmet Oz and David McCormick have the cash, but are missing out when it comes to straw polls. Rather, small business owner and former Republican nominee for lieutenant governor Jeff Bartos, has been the victor.

The three most recent straw polls, taking place this weekend which just passed and the one before it, were all won by Bartos.

This includes the PA GOP Central Caucus meeting from January 15, hailed by Fox News 43 Matt Maisel as "First straw poll of the '22 season."

First straw poll of the ‘22 election season is out in big PA GOP races. Central Caucus has 106 activists. In all three races - Gov, LG, Senate - they voted decisively NOT to endorse anyone at next meeting. But this is a good idea of where the GOP mindset is.

A subsequent tweet from Maisel noted that "It’s not an end all be all but it’s the first public idea of where the PA GOP stands as primaries take form."

A press release from Bartos' campaign referred to the win as "an upset victory against two out-of-state millionaire opponents who have spent a fortune trying to buy a win," and called it "the latest data point confirming that Bartos' grassroots energy is simply too strong to ignore."

It was a point that Bartos' Campaign Manager Conor McGuinness made as well. "Pennsylvanians will not sit idly by and let out-of-staters parachute into our state and steal our Senate seat - and this straw poll is proof. Jeff Bartos has spent his career investing in our communities, creating jobs for working families, and helping move our party forward. The grassroots leaders in this party respect Jeff's commitment to the Commonwealth," McGuiness is quoted as saying in the press release. "Folks are responding to the fact that Jeff's campaign is about continuing his service to Pennsylvania, while his opponents are looking to make Pennsylvania serve them."

That "first public idea," and such momentum, went on to last, as Bartos also won the straw polls for the northeast and Northeast Central Republican Association (NECRA).

There was a second regional caucus meeting held today by PA GOP state committee members who met with Senate candidates. It was in Wayne County. The results, per two sources:

McCormick 2d with 3.
Oz, Barnette, Rosenfield: 1 each.
Sands: 0
Not binding but indicates where activists are early on pic.twitter.com/xY34lOmyro

On commenting on the race, Jonathan Tamari of The Philadelphia Inquirer noted that this "indicates where activists are early on."

"Year after year, the vote tallies in the NECRA Counties presages the election outcomes in the Commonwealth," noted NECRA Chairman Blake Marles on Saturday morning.

In a subsequent press release recapping both of the most recent straw polls, McGuiness once again highlighted the grassroots element.

"Saturday's pair of victories are just the most recent evidence that Jeff Bartos has unmatched grassroots momentum behind his campaign. Pennsylvanians know that Jeff is not only the lone lifelong resident of the Commonwealth in this race, but the only candidate with a proven conservative record who can create a unifying message that resonates in every corner of the state. After three caucuses, over 50 percent of all votes cast have been for Jeff Bartos - a clear sign that Republicans in this state are rallying behind his message," said McGuiness, with original emphasis.

"Voters in the Commonwealth see right through slick TV ads and insincere 'beliefs.' In Jeff Bartos, they have a proven Conservative, job creator, leader, and fighter who will always put Pennsylvania first. In others, they see opportunists moving to our state to steal our Senate seat to further their own self-interests," McGuiness continued.

It's also worth noting that Bartos is the only lifelong Pennsylvania resident in the race.

The Republican primary will take place on May 17. The seat is considered "toss-up" by Cook Political Report and Sabato's Crystal Ball, while Inside Elections considers it to be "tilt Republican." It is a particularly crucial seat, considering the 50-50 Senate is currently only under Democratic control since Vice President Kamala Harris serves as the tie-breaking vote.