Sherri Mandell won a National Jewish Book Award in 2004 for her spiritual memoir, The Blessing of a Broken Heart (Toby Press, 2003). Translated into three languages, the book was adapted into a stage play. She and her husband Seth direct the Koby Mandell Foundation, founded in honor of her son who was murdered by terrorists in 2001 when he was 13 years old. She has been profiled in The New York Times and the work of the foundation has been reported about on NBC, ABC, and CNN and in major newspapers. A certified pastoral counselor, she lectures about resilience and grief around the world. 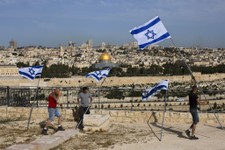