Net Neutrality: Venezuela for the Internet

Seton Motley
|
Posted: May 01, 2017 1:19 PM
Share   Tweet
The opinions expressed by columnists are their own and do not necessarily represent the views of Townhall.com. 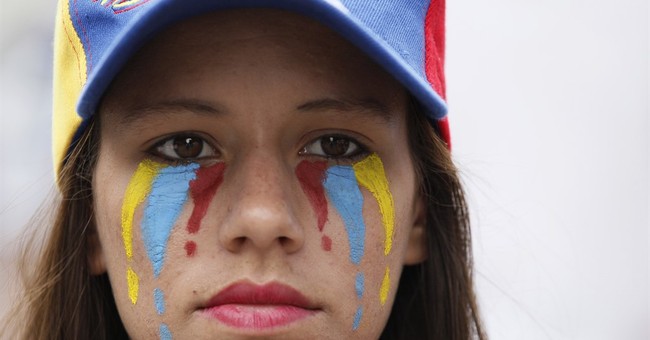 One of so many walking undead issues that shamble on in Washington, D.C. is the ridiculous government Internet overreach known as Network Neutrality.

Anything that the Left insists on imposing via unelected bureaucrats issuing regulatory fiats - rather than through legislation via our elected officials in Congress - is going to very much resemble a zombie.  Because these things are never truly good and dead (settled).

Net Neutrality certainly deserves to be good and dead.  Forever.

Net Neutrality is Socialism for the Internet - it guarantees everyone equal amounts of nothing.  It is a government assault on the industry to affect an ideological outcome: The end of any and all private sector Internet Service Providers (ISPs) - which will leave us with government as our sole ISP.

That’ll be outstanding for service, right?  When government takes over delivery of things - Venezuela ensues.

Who's he?  He is a college professor and an avowed Marxist (please pardon the redundancy) who found time in his rigorous collegiate indoctrination schedule to co-found a Marxist group disingenuously named Free Press.  Who are the leading agitators for maximum government control of the Web.

McChesney is quite straightforward about Net Neutrality’s intent: “(T)he ultimate goal is to get rid of the media capitalists in the phone and cable companies and to divest them from control.”

How very Venezuela of them.

McChesney views Net Neutrality as a part of his Socialist (re)construction project: “There is no real answer but to remove brick by brick the capitalist system itself, rebuilding the entire society on socialist principles.”

How very Barack Obama-“fundamental transformation” of them.

Speaking of Venezuela - McChesney’s long been a huge fan.  In the warped, mentally-wounded way a Marxist would be: “Venezuela is a constitutional republic. (Hugo) Chavez has won landslide victories that would be the envy of almost any elected leader in the world, in internationally monitored elections.”

Lloyd too is a huge Net Neutrality fan.  And a huge fan of what’s going down in Venezuela.  In 2008, he said: “In Venezuela, with (Hugo) Chavez, is really an incredible revolution - a democratic revolution.  To begin to put in place things that are going to have an impact on the people of Venezuela.”

Get that?  Chavez did indeed “put in place things that are going to have an impact on the people of Venezuela.”  And that impact - has been striking.

Venezuela Food Shortages Cause Some to Hunt Dogs, Cats, Pigeons

Meanwhile, we have pampered, perfumed academics and DC Elites looking to impose Socialism - on the Internet, and everywhere else.

I’m with the Venezuelan citizens on this one.