In Global Trade, We Need Equal Protection from All Governments

Seton Motley
|
Posted: Mar 28, 2017 11:44 AM
Share   Tweet
The opinions expressed by columnists are their own and do not necessarily represent the views of Townhall.com. 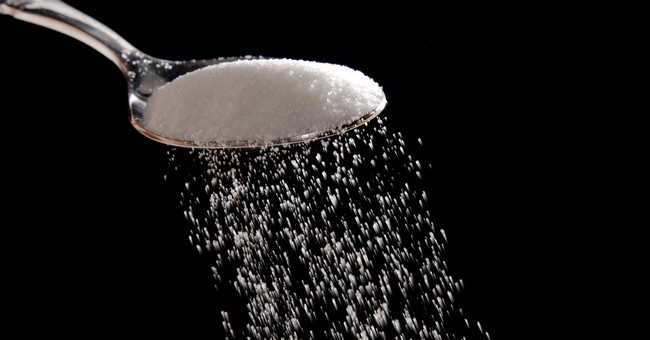 Yesterday we wrote of, here at home, the long lost beauty of equal protection before the law, which the 14th Amendment of our Constitution mandates - but our government almost never delivers.

By forsaking this important tenet, we opened wide the door to cronyism - with government playing favorites amongst private sector players.  Decades later, we have a heinous patchwork quilt of laws and regulations - oft even contradictory rules that have been time and again warped to the will of the highest bidders.

The result is anything but a free market economy.  Want to know why our nation has basically stagnated for decades?  A crucial component of the sclerosis is our government’s steadfast refusal to treat everyone equally.

But as brilliant as our Constitution is - it is not the original font of this particular piece of wisdom.  The idea that government should treat everyone equally - goes back a bit further.  At least to ancient Greece - and Aristotle:  “The only stable state is the one in which all men are equal before the law.”

That’s good news.  It means it’s timeless - and without boundaries and borders.  Which means we can - and should - apply it to everything.  Including global trade.

Every global trade participant state’s domestic laws and regulations - of course affect international trade.  If any state is engaged in unequal protection before the law - playing favorites amongst its domestic businesses - those businesses transmogrify those domestic advantages into international ones when they enter the global trade market.

A state subsidizes a commodity, or emplaces tariffs protective of that commodity, or engages in any of a host of other domestic unequal protection - and that state’s commodity has a built-in advantage when it is brought to the global market.

The result - is anything but free trade.

To wit: Brazil - and it’s massive sugar cronyism.  Brazil’s government gives its sugar industry every year more than $2.5 billion in cash infusions and other favors.  That’s a lot.

Think that leads to a free global market?  Of course not.  Brazil’s massive subsidies have warped the world market into a Brazil-dominated unequal nightmare mess: ““Brazil currently controls, roughly, 50 percent of global sugar exports. To put that into perspective, Saudi Arabia controls about 19 percent of the crude oil exports….”

Which has led to an inevitable regulatory arms race - as every other nation tries to play catch-up: “(E)very country that produces sugar - more than 100 in total - has some form of government intervention.”

That sound anything like free trade?  Of course not.  And, of course, you can blindfolded throw a dart at a list of globally traded commodities - and you’ll inexorably hit one that faces similarly rampant, unequal domestic cronyism, with a resulting global regulatory arms race.

There is, in fact, a solution.  On which Politico yesterday dismissively reported.  They shouldn’t be so dismissive.

Yoho's Sugar Bill is Back … Again: “ICYMI, Rep. Ted Yoho (R-Fla.), on Thursday, reintroduced his ‘zero-for-zero’ sugar bill, a resolution that would roll back America’s policy of limiting sugar imports in exchange for the elimination by other countries of their sugar subsidy programs. Yoho’s resolution, which has 12 bipartisan co-sponsors, identifies Brazil, India, Mexico and Thailand as being among the countries most guilty of subsidizing their own sugar production.  H. Con. Res. 40, a variation of which has been introduced in at least two prior congressional sessions dating back to 2013….”

Sounds like exactly what needs to happen.  With sugar…and just about everything else that gets traded on our little planet.

Unequal treatment before the law has diminished our nation - and trade everywhere.

Here’s hoping Yoho’s resolution becomes policy - and that its approach to cronyism and trade be applied to commodities way beyond just sugar.