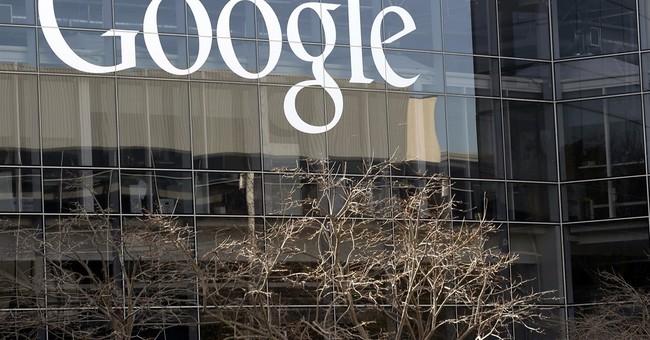 Being Leftist means never having to say you’re sorry. Being a huge Barack Obama-Democrat donor doesn’t hurt either. Being incredibly generous in support of Leftism also allows you to enact incredibly anti-free market, anti-Reality policies that are a huge boon to you - at the exorbitant expense of the private sector players who made your successes possible.

So it is with Google’s Network Neutrality assault on the nation’s Internet Service Providers (ISPs).

Our ISPs have in the last two decades invested $1.2 trillion in broadband buildout. Thereby taking us from pathetic 28K dialup to rocket-ship wired and wireless speeds. Because of these ISPs, the Internet has become the omni-directional-cornucopia, free speech-free market Xanadu we all know and love. Never in the history of human endeavor has anything grown so huge, so fast. You would never, ever have heard of companies like Facebook, Netflix or Google had not the ISPs done what they did - and of course continue to do. Because these websites chew up lots and LOTS of bandwidth. And the ISPs made that monster bandwidth not only available - but nigh omnipresent.

Video is far and away the biggest bandwidth hog item - nothing else is close. The ISPs turned online streaming video from a pipe dream into a daily fixture - and thereby created a LOT of ancillary millionaires and billionaires. Netflix was a going-out-of-business snail mail DVD delivery company - until the ISPs rescued them from oblivion by allowing them to become the monster streaming video company they are today. These ISP speed increases then allowed for the promulgation of similar services - like Hulu, Roku and Amazon Prime. And lest we forget, godfather online video king YouTube - owned by Google.

Google was founded in 1998. It has ever since politically supported lots and LOTS of Democrats. None more thoroughly than now-President Barack Obama - who since his Google-aided elections has in many ways overseen the Google Administration.

Google also spent the 2000s funding the push for the ridiculous government Internet over-regulation known as Net Neutrality. A large part of the pro-Net Neutrality effort was the obnoxious demonization of ISPs as evil entities - who will (allegedly) block you from getting to websites you wish to visit. Which is on its face absurd. ISPs are in the customer service business - if they do not service their customers, they will very quickly be out of business. Duh. Because of this obviousness, no Net Neutrality proponent could point to any actual example of any ISP blocking anyone. It was a Trojan Horse to get the government into the Internet-regulating business.

Why would Google and their pro-government cohorts bite the ISP hands that have so lavishly fed them? Because Net Neutrality outlaws the ISPs charging these bandwidth hogs for being bandwidth hogs. It is government-mandated free-of-charge, unlimited Internet access - for the biggest users on the planet. (Google and Netflix alone use more than half of ALL U.S. bandwidth.) But of course bandwidth isn’t free. So we consumers will now pay MUCH more for our service - to augment the profits of these uber-using-uber-corporations.

Net Neutrality mandates all electronic bits be treated equally. No website can be treated differently than any other website. No Internet “fast lanes” - where a website can pay more for faster service. Which is about as anti-Reality as any policy ever devised. Your Mom-and-Pop embroidery website is a little different and uses a different amount of bandwidth than does Amazon.com. You shouldn’t have your bandwidth costs equalized with Amazon’s bandwidth costs. Gas stations don’t equalize fuel costs between eighteen-wheelers and Smart Cars. The Post Office doesn’t equalize postage between overnight and snail delivery. In Reality, Amazon should, would and could pay more for the massive bandwidth they use - and the faster speeds they want.

In actuality, Net Neutrality mandates that crony companies like Amazon, Netflix and Google get unequal, much better treatment than do our Mom-and-Pop sites. They get the gold mine - we get the shaft.

In February, the Google - excuse me, I mean Obama - Administration unilaterally imposed Net Neutrality. (But not until after Google was allowed to make some last-minute edits.) Let the All-Bits-Are-Equal regime begin. No websites can get special treatment. Except....

Google wants to help publishers - and itself - by speeding things up.

Google is working with the social media service Twitter and major news publishers like The Guardian and The New York Times to create a new kind of web link and article storage system that would load online news articles and digital magazine pieces in a few milliseconds, according to several people involved in the project. That is a fraction of the five to 10 seconds it can take to load a typical website.

Wait a second - that’s Google treating some (Leftist news) websites better than others. That’s those websites getting faster delivery than others. (And do you want to bet those special-treatment websites will end up paying Google for their special treatment? Three guesses - the first two don’t count.)