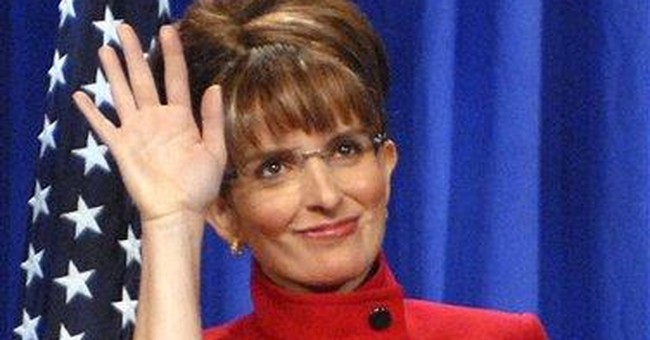 The most recent media attacks on the Tea Party movement have some of their populist defenders nervous. Bill O’Reilly on his February 16 broadcast, following the publication of a New York Times article, asked Sarah Palin this question:

"Do you think the birther people should have a place at the Tea Party table…do you see the danger if that becomes the headline…?"

The danger of the “birther” question is irrelevant because the elitist Times will always find something that they can use to try and discredit anyone who isn’t liberal. And if there is a crowd of a thousand tea party protesters the media will canvas all of them until they find one willing to say something objectionable. The Times has even done that unfairly to O’Reilly in the past. The reality is that when the Times or the rest of the elite media attacks regular Americans, Tea Party or otherwise, it doesn’t discredit the people - it further marginalizes the liberal media.

The Times article in question was almost a parody itself. It was thick with drama about angry people being drawn into conspiracy theories that the Times believes were long ago discredited.

“Urged on by conservative commentators, waves of newly minted activists are turning to once-obscure books and Web sites and discovering a set of ideas long dismissed as the preserve of conspiracy theorists... In this view, Mr. Obama and many of his predecessors (including George W. Bush) have deliberately undermined the Constitution and free enterprise for the benefit of a shadowy international network of wealthy elites” says the Times.

Of course that nutty conspiracy theory has been discredited repeatedly by George Soros, former directors of Goldman Sachs and Italian automaker Fiat.

Among the other conspiracy theories the Times says were long ago dismissed was the belief that if liberals were allowed to they would elect a president with links to Marxist terror groups such as the Weather Underground and its founder Williams Ayers or an admitted Communist such as Van Jones or a disciple of Saul Alinsky. What a kooky notion.

“When people start wearing guns to rallies, what’s the next thing that happens?”

While we are still waiting for the first victim of a violent tea partier, a Harvard graduate, liberal elitist and enthusiastic Obama supporter Amy Bishop allegedly shot and killed three of her unarmed colleagues at the University of Alabama last week. And wasn’t Unabomber Ted Kaczynski one of theirs too? Perhaps the liberal media should be investigating the dangerous left-wing militias, or as they like to call themselves, “community organizers” “labor unions” and “environmentalists.”

The Times sees a potential takeover of the Republican Party: “tense struggles have erupted over whether the Republican apparatus will co-opt these new coalitions or vice versa.”

The “tense struggles” for the Democratic Party were won by sixties radicals, but to point that out makes you a conspiracy theorists according to the Times and other mainstream media outlets.

Which is why these loose coalitions of Americans meet to try and figure out what has happened to their country; they saw the media drive the election of Barack Obama with nary a scintilla of investigation into his background, experience or who shaped the way he thinks or how he might govern. The very same media that spent years investigating George W. Bush’s early 1970’s military record. And when these so-called journalists could find nothing damaging, they simply used faked documents at a critical time before the 2004 election.

I spent years as an investigative journalist and I have no conspiracy theories about the media, but I do have an explanation for why so many distrust the media. By ignoring Obama’s past and the radical things he has done as president, from his appointments to the massive spending and “redistribution” schemes, the Times and the rest of the liberal so-called mainstream media have provoked the very conspiracy theories that they now mock. So now we are left with a broken government and an angry, cynical people, and the very elites who broke it are mocking the people for no longer trusting them.