State of the Midterms

Scott Rasmussen
|
Posted: May 17, 2018 12:01 AM
Share   Tweet
The opinions expressed by columnists are their own and do not necessarily represent the views of Townhall.com. 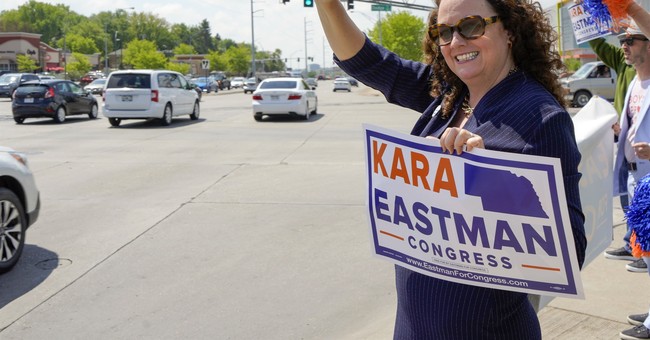 Last December, the midterm outlook looked bleak for Republicans. With the Democrats enjoying a 13-point lead on the Generic Ballot, pundits talked of a "big blue wave." The question was not whether the Democrats would win the two dozen seats needed to gain control of the House, but whether they might win 40-50 seats in a landslide approaching the Republican gains in 2010.

Since then, Republicans passed a tax cut, eliminated the Obamacare mandate and took other steps to reduce the regulatory burden. The economy took off, people are feeling better about how things are going in the nation, and recent primaries suggest that the enthusiasm of Republican voters is higher than expected.

As a result, the Democratic lead on the Generic Ballot is down to five points. At that level, control of the House is close to a toss up. Those with Nancy Pelosi's party may be slight favorites to win the 23 additional House seats they need, but they could easily fall short. While seeking to navigate this newly treacherous electoral landscape, the Democrats are dealing with the reality that the enthusiasm of the progressive base can be a double-edged sword. It could help with turnout, but may also create electoral headaches.

Earlier this week, for example, progressives helped social worker Kara Eastman win the Democratic nomination in Nebraska's second Congressional District. It's a district that the president won in 2016 and is expected to be competitive this fall. With a more centrist candidate, the race was considered a pure toss-up. With a far-left nominee in the race, however, Republican incumbent Don Bacon is now favored to win.

The importance of a single race like this can be seen in the numbers. At ScottRasmussen.com, we rate 202 races as leaning toward the Democrats. Additionally, there are 24 races rated as either a toss-up or just barely tilting toward the Republicans. To win control, Pelosi's party will need to win 16 of these 24 races. Every potentially competitive race they give away makes the odds more challenging. Primaries in the next month or so will give us a good sense of how big a problem this is for the Democrats.

On top of that, the double-edged sword of progressive enthusiasm provides Democrats with another challenge: The issues that appeal to the progressive base are likely to turn off swing voters. Nancy Pelosi recently confirmed that her team will raise taxes if they win. That message will appeal to Bernie Sanders' supporters, but not middle-income families.

And, of course, progressive Democrats want their party to impeach President Trump. The more that such talk dominates the midterm elections, the more it helps Republicans. Impeachment talk will not play well with the swing voters who disapprove of the president but still view him as the lesser of two evils.

It's been six months since Democrats enjoyed their 13-point lead on the Generic Congressional Ballot and dreamed of historic gains in the midterm election. With six months to go, there's obviously plenty of time for the political environment to change again. For now, however, the parties are locked in a tight race-by-race contest that could go either way.