The Primary Season Has Arrived

Scott Rasmussen
|
Posted: May 03, 2018 12:01 AM
Share   Tweet
The opinions expressed by columnists are their own and do not necessarily represent the views of Townhall.com. 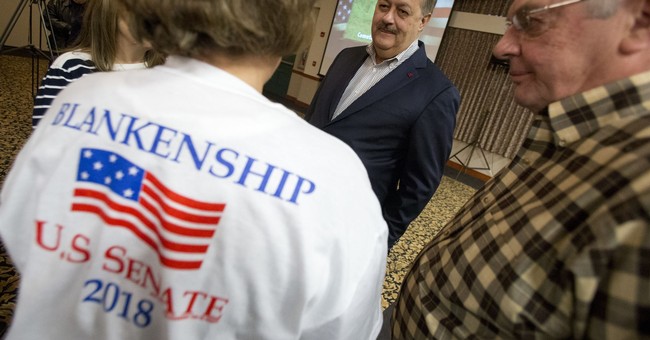 After months of speculation and shifting expectations, the midterm elections will start to really take shape in the coming two months. A dozen states will host primaries in May and a dozen and a half more in June.

Next week's primaries will determine the GOP nominees in two other states featuring vulnerable Democratic incumbents: West Virginia and Indiana. Donald Trump carried both states by wide margins and both are rated as toss-ups at ScottRasmussen.com.

In West Virginia, Democratic Senator Joe Manchin is a popular figure who won his first election in the state 36 years ago. He's won statewide elections as Secretary of State, Governor and U.S. Senator. While Manchin is popular, his party is not. President Trump won the Mountain State by 42 percentage points.

Tuesday's primary will determine Manchin's opponent. Either of the two favorites -- Congressman Evan Jenkins and Attorney General Patrick Morrisey -- could present Manchin with a serious challenge. Veteran political analyst Larry Sabato believes that "Jenkins is the most electable, but under the right conditions Morrissey could win, too."

Democrats are hoping that former coal company CEO Don Blankenship pulls off an upset to win the nomination. He served time in prison on charges related to a mining explosion that killed 29 miners. A Blankenship victory next Tuesday would virtually guarantee another term for Manchin. Republicans are breathing easier, though, as recent polls show the former CEO falling behind Jenkins and Morrisey.

Three Republicans are also running for the right to challenge Indiana's Democratic Senator Joe Donnelly. However, none of the three are unelectable. Congressmen Luke Messer and Todd Rokita have been feuding since college and were the early favorites for the nomination. Former state Representative Mike Braun has self-funded his campaign and made it a three-way race; Braun is seen by some as the frontrunner.

The bitter primary fight has some Democrats in the Hoosier State hoping for a divided Republican party. However, Sabato notes that "it's only May and the assumption is that Republicans will unite." He adds that the unification effort will be Vice President (and former Indiana Governor) Mike Pence's job. As a side note, it's possible that the Vice President's brother will be one of the GOP nominees for the House.

Following next Tuesday, then, the contenders will be clearly identified for all the Republican's five most likely pickup opportunities in the U.S. Senate. Barring an upset victory by Blankenship, the GOP will have solid candidates in all five. Additionally, each of these races will be conducted in states won by President Trump (four of them by double digits). If the GOP is able to win even one of these seats, it will be very difficult for the Democrats to win control of the U.S. Senate.