Dems Get Good News, But There's a Long Way to Go

Scott Rasmussen
|
Posted: Mar 16, 2018 12:01 AM
Share   Tweet
The opinions expressed by columnists are their own and do not necessarily represent the views of Townhall.com. 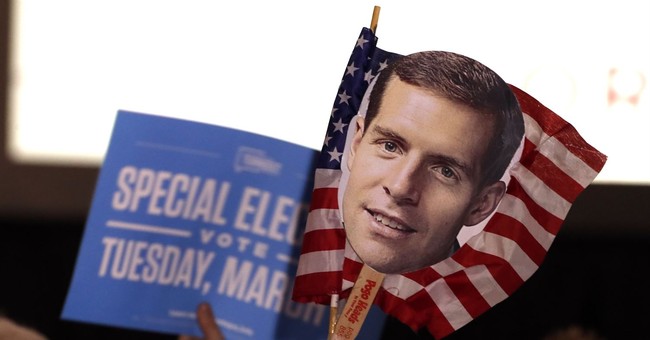 Just over a week ago, turnout in the Texas primary raised serious questions about how big the Democratic wave could grow by November. This week, however, Conor Lamb won a narrow special victory in a Pennsylvania district that President Trump had carried by 20 points. Democratic spirits soared and some began dreaming that 100 or more Republican House seats could be at risk.

It's natural for political types to overstate the importance of the most recent election or the one that's coming up next. After all, convincing voters that the fate of the world hinges on the results is a key part of getting them out to vote. In reality, however, the events of the last two weeks are just early signs of what might happen rather than what will happen. It's important to keep things in perspective.

The good news for Democrats from both Texas and Pennsylvania is that President Trump has energized the opposition. The early results confirm polling and anecdotal evidence that Democratic voters are more excited about voting this cycle than Republicans. It's almost a mirror image of what happened in 2010 when President Obama energized his opposition party.

If the enthusiasm advantage persists into November, the Democrats are likely to win a majority in the House of Representatives. A race-by-race analysis at ScottRasmussen.com currently projects that Nancy Pelosi's party would end up with 222 seats while the Republicans would have only 213 (assuming a good turnout for the Democrats). And, there's plenty of upside for the Democrats if the political winds keep blowing in their direction.

Another good sign for the Democrats is that some of these early expectations can take on the character of a self-fulfilling prophecy. A sense of momentum may help in recruiting top-tier candidates in competitive races and will certainly help the party's fundraising. On the flip side of the coin, evidence of a coming Democratic wave could open up more opportunities by convincing even more Republican incumbents to retire.

But the recent results include warning signs for Democrats as well. The biggest is Conor Lamb himself. Lamb won in a heavily Trump district by running as a conservative. He proudly embraces the Second Amendment, is personally opposed to abortion, and pledged not to vote for Nancy Pelosi as Speaker. It's not clear how many progressive Democratic voters are willing to accept such candidates as the price for winning.

In fact, most of the recent evidence suggests that the energy came from voters seeking more progressive candidates rather than centrists. Looking ahead, a primary next Tuesday in Illinois highlights the growing demands for ideological purity from the Democratic base. Seven term Congressman Dan Lipinsky is facing a serious challenge precisely because he has staked out policy positions similar to those of Conor Lamb.

If Democratic voters are unwilling to tolerate even moderately conservative candidates, their party's path to victory will be severely limited. If the party's messaging veers hard left and highlights themes such as single-payer health care and impeaching the president, then the Republicans will probably remain in control of Congress.

This is a good week for Democrats, but there are a lot of weeks left in Election 2018.