Super Bowl Lessons for the Next President

Scott Rasmussen
|
Posted: Jan 22, 2016 12:01 AM
Share   Tweet
The opinions expressed by columnists are their own and do not necessarily represent the views of Townhall.com. 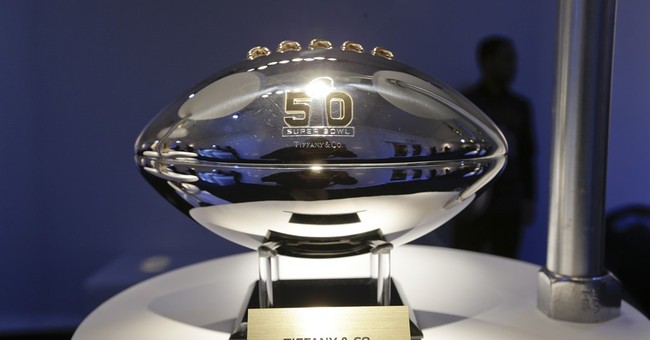 Trending
America's attention will soon be consumed by the 50th Super Bowl. Just before and after that event, the Iowa caucuses and New Hampshire primaries will consume the attention of the nation's political junkies.

On super Sunday, most Americans will pick a team to root for as their champion for the day. Some will feel very strongly about it while many won't really care. When the game is over, some will celebrate and some will drown their sorrows.

The same thing will happen on election night. Most Americans will pick someone to root for but their level of commitment will vary. In stark contrast, though, the new president will be surrounded by people who have been deeply committed to this moment for years. These activists will interpret the victory as a decisive mandate to implement their candidate's vision. They will quickly begin plotting how to craft and quickly implement a legislative agenda that will secure their place in history.

The same is true in politics. For example, when Ronald Reagan was elected in 1980, many of his supporters wished the new president had been one of the two Congressman, two Senators, or two others who ran against him. Some simply wanted to vote against Jimmy Carter. Only a very small percentage of voters actually saw Reagan as their first choice. The same thing happens every election season.

Like the Super Bowl contenders, the new president in 2017 will have built their mass audience by winning. As other candidates are defeated in early rounds, fans find a variety of reasons to support or oppose one of the remaining campaigns. But as soon as the game is over, they begin rooting for their true favorite to win in the next season.

That reality means no new president comes into office with a personal mandate supported by a majority of Americans. All that they have won is a chance to earn a mandate by winning lasting support from temporary fans and by winning over some temporary opponents.

President Obama's team misunderstood this reality in early 2009. Rather than seeking to secure and broaden his support, he declared, "elections have consequences." He rammed through his economic stimulus package with no Republican support and later did the same with health care. His approach turned off some of his own temporary supporters and enraged his opponents. The result, over several election seasons, has been record setting losses for the president's party in Congress and state government.

Whoever wins the White House this November would be wise to remember that they were not the first choice for the overwhelming majority of Americans. Their first order of business in their governing season should be focused on building trust and lasting support.