Debates Give Advantage to GOP 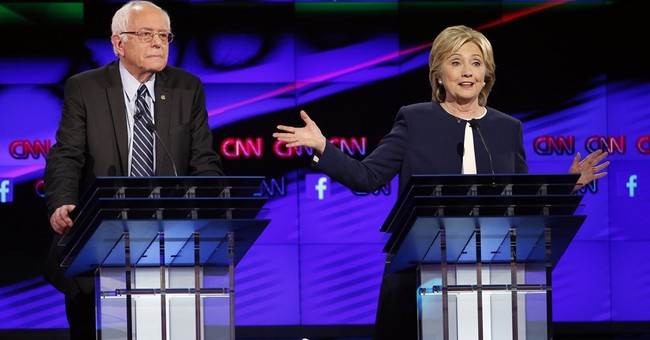 Trending
In 2008, underdog candidate Barack Obama gained prestige by defeating a heavily favored front-runner to win the Democratic presidential nomination. Defeating such a worthy opponent in a head-to-head matchup gave Obama a tremendous boost in stature. Along the way, he debated Hillary Clinton countless times, and those debates prepared soon-to-be President Obama for the rigors of the fall campaign.

Things look much different among the Democrats this time around. The only similarity is that Clinton is the dominant front-runner. This time, there is no Obama among her challengers. When she took the debate stage in Nevada earlier this week, Clinton towered above the rest in debate skill, poise and stature.

The others in the primary simply aren't in Clinton's league. She will get no bounce from defeating a field that Joe Biden or Elizabeth Warren could defeat just as easily. And she will not receive the debate practice that helped Obama so much.

If you go back to the earliest debates of the 2008 cycle, Obama wasn't all that great. But he was a good student who got better and better because Clinton pushed him so hard. This time, however, Clinton herself will not have the benefit of such a qualified sparring partner.

That reality was highlighted when Bernie Sanders said he is sick of hearing about Clinton's email troubles. That made the front-runner and her campaign team smile and virtually ensured that Clinton will win the nomination. But Sanders' gift to Clinton may prove quite costly in the long run.

The email controversy will remain an issue in the campaign for as long as the FBI keeps investigating the problem. It's likely that at some point, the emails Clinton tried to delete will be recovered, causing another round of challenges. And of course, there will be ongoing conflict-of-interest questions concerning donations to the Clinton Foundation.

Clinton would be much better off debating these issues in the friendly confines of a Democratic debate. That would give her much-needed practice responding before the general election. ?There's no doubt she could find answers to satisfy Democratic voters, but she will have to work hard to find responses that resonate with the far more skeptical group of independent voters, who will decide the election.

Because her Democratic opponents won't push her on this issue, Clinton will be at a great disadvantage in the general election debates. When challenged on issues that clearly irritate her, will she be able to retain her composure and give a pitch-perfect response? We won't know until next year.

Adding to the challenge for Clinton is the fact that the eventual Republican nominee will have survived a much more challenging nomination process. The GOP nominee will gain stature by emerging victorious over a large and diverse field. Whoever wins will also benefit from the same type of debate practice that benefited Obama in 2008. He or she will have an advantage after learning the nuances required to address supporters of outsiders -- e.g., Donald Trump, Ben Carson and Carly Fiorina -- and supporters of insiders, such as Jeb Bush and John Kasich.

When all is said and done, the Republicans will benefit much more from this year's debates than the Democrats.