Technology Will Trump the Bootleggers 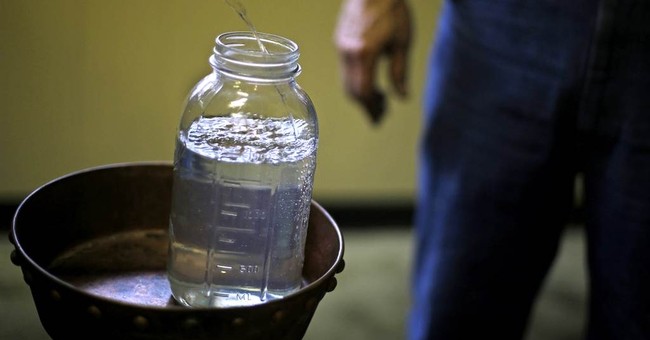 In recent weeks, I've written about how the "Bootleggers and Baptists" dynamic corrupts regulatory politics. Bruce Yandle developed this concept decades ago. He observed that Prohibition became reality because Baptists wanted people to stop drinking while the ban on legal alcohol put money in the Bootlegger's pockets. The do-gooders succeeded only because the money-grubbers joined their effort.

By selling illegal liquor, the Bootleggers also undermined what the Baptists were really trying to accomplish. That's the sad reality of regulatory politics. The reformers lose, and the profiteers laugh all the way to the bank.

Yandle is fairly pessimistic about where this is heading.

I have a more optimistic view.

The reason for my optimism was articulated by Marc Landy and Marty Levin of the Gordon Public Policy Center: "Regulation has repeatedly proved unable to stifle innovation."

The scholars acknowledge that regulations can slow innovation down and impose real harm. For example, the Interstate Commerce Commission was established in 1887 as the nation's first regulatory agency. It was supposed to ensure reasonable rates for railroad service on equal terms for all customers. In practice, it protected corporate bootleggers by keeping transportation costs high for everyone. But eventually, as Landy and Levin note, "trucks, automobiles and airplanes placed relentless pressure on railroads to lower rates and improve service."

The same thing happened in the 1990s when telecommunications regulations were designed to reduce competition and protect a few large corporations. However, the development of cell phones thwarted the regulatory regime. More options became available; the cost of placing a call plummeted; and the world of smartphones and texting took over.

But it's more than academic research that convinces me the bootleggers will lose out in the long run. I've experienced the reality of technology triumphs in my own life.

Like all baby boomers, I remember a time when there were only three TV networks. Nothing, so it was thought, could shake their dominance. But satellite technology changed everything, and dozens of cable networks took advantage of the opening.

Then, just when it looked like nothing could stop the cable industry, the Internet arrived and changed things all over again. That change also shook up the world of print journalism.

Looking back, it's hard to believe that regulators used to worry that television stations and local newspapers had too much influence in their community. Today, there are countless online sources to provide local community information. Now, rather than worrying about whether TV stations and newspapers have too much influence, many observers doubt they can even survive.

Corporations lured by the promise of short-term profits to be skimmed from the political process lose sight of the fact that their real long-term value comes from serving customers.

Innovators, on the other hand, look to the future with a focus on solving tomorrow's problems. When that future arrives, the bootleggers can't keep up. That's happening all around us today as technology innovators are on the verge of remaking foundational industries including health care, education, automobiles and banks.

Why am I optimistic? Three reasons: academic research, personal experience and the reality all around me. America's best days are still to come.