The Battle of Gettysburg: The Three Deadliest Days in American History

Scott Rank
|
Posted: Nov 11, 2018 10:43 AM
Share   Tweet
The opinions expressed by columnists are their own and do not necessarily represent the views of Townhall.com. 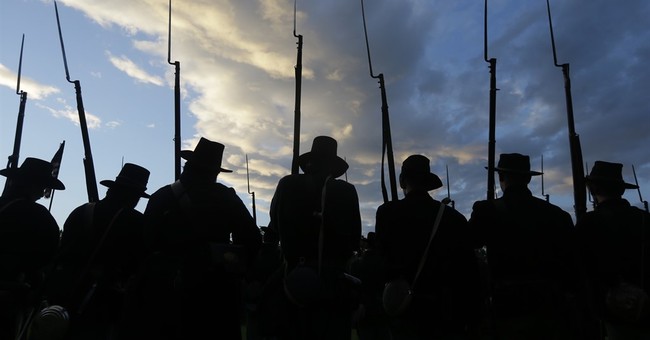 The 1863 Battle of Gettysburg was a massive three-day conflict that stopped Robert E. Lee's second invasion of the North. It was the deadliest battle of the Civil War, with over 50,000 casualties, a scale of suffering never seen before or since in the United States.

The darkest moment of the battle came on Day Three with Pickett's Charge, in which three Confederate division were wiped out when they attempted to storm Cemetery Ridge, coming face-to-face with Union artillery.  The Union won victory and had new life injected into its war effort. The Confederacy saw its best chance at demoralizing the North slip away.

The Strategic Situation in the East May – June 1863