Can Equality Of Results Ever Be Achieved When It Comes To Race And Crime?

Scott Morefield
|
Posted: Mar 25, 2019 12:01 AM
Share   Tweet
The opinions expressed by columnists are their own and do not necessarily represent the views of Townhall.com. 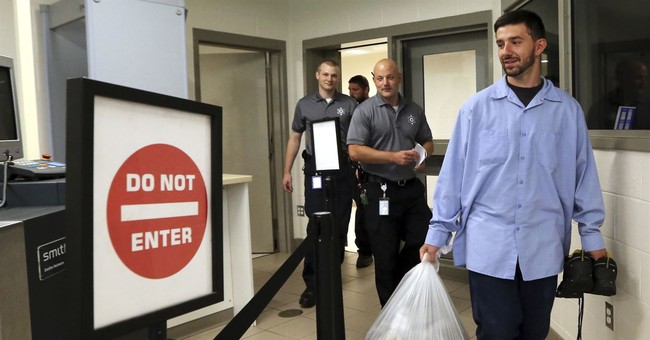 In a Washington Examiner column titled “Race should matter when it comes to crime and punishment, even for conservatives,” R Street Institute’s Emily Mooney and Arthur Rizer take issue with my March 11 Townhall column on race, crime, and punishment that, to them, “seemingly mocked attempts to make racial equality under the law an important part of discussions about criminal justice policy.”

“According to Morefield, liberal charges that Paul Manafort’s recent sentence was comparatively easier than those given to individuals of different racial backgrounds is proof that liberals only care about race, not equal justice,” wrote Mooney and Rizer.

To be clear, the concept of equal justice under the law is crucial to any orderly society. If black people are indeed treated differently in our system when all mitigating factors are controlled for, it should be identified and rectified. However, what I did “mock” was the fact that liberals seem to care more about the racial composition of the nation’s prison population than they do about just establishing fair and equitable sentencing across the board, especially as it relates to non-violent crimes of any nature.

The case I made in the column, using former Trump campaign chair Paul Manafort as an example, is that simply imposing draconian sentences for what people consider “white people crimes” isn’t the solution. Rather, most all non-violent crimes, including drug offenses, should be met with every alternative to imprisonment that still makes society whole.

Not good, to be sure, but if it’s true I would speculate that this has more to do with specific ‘high-crime’ areas - which unfortunately tend to be high-minority areas - where law enforcement is trying to clamp down on crime than specific racist judges simply deciding they are going to give black men convicted of crimes longer sentences than they give white men for the same crimes. Were there such racist judges, it’s difficult to believe a record of such conduct wouldn’t be blatantly obvious. Were such a judge to be found, of course, they should be fired. Otherwise, it’s difficult to control for area-specific sentencing absent some sort of extra-Constitutional mandates on the states.

The authors contend that, like our government, our criminal justice is “ripe for abuse, corruption, or simple mission drift,” and I concur. “Instead of dismissing racial justice as a ‘far-left issue,’” the authors call for conservatives to be leaders in reforming “our federal, state and local criminal justice systems.” Failure means “conservatism will continue to be unfortunately associated with ignorance of the blatant injustices faced by our fellow Americans, and it will fail to attract the support of those outside its traditional ranks.”

Fair enough, but absent completely unfair manipulation no attempt at racial justice in the United States or anywhere else is going to ever yield perfect equality of results. The disparity in race and crime statistics has long been an issue of contention, with racists and liberals alike trying to score sick political “points” from high black imprisonment rates.

Suppose the prison reform movement succeeds in getting sentences reduced for violent crime across the board, for white collar times and also for non-violent drug offenses, yet there remains a disproportionate number of blacks in prison. Should we then free people simply for being black, or imprison people simply for being white or Asian? Such a concept is unjust and absurd on its face, but it’s where we’re headed when we insist, as liberals so, on equality of results rather than equality under the law. That’s how we get the mindset among many that someone like Paul Manafort literally deserves to die in prison.

Instead of determining the results we want and working backwards to get them, we should strive for fair punishments and equal justice under the law, for everyone, regardless of how the numbers shake out.