EXCLUSIVE: This Former Border Federal Special Prosecutor’s Shocking Stories Will Make You Want To Build The Wall Yourself

Scott Morefield
|
Posted: Jan 21, 2019 12:01 AM
Share   Tweet
The opinions expressed by columnists are their own and do not necessarily represent the views of Townhall.com. 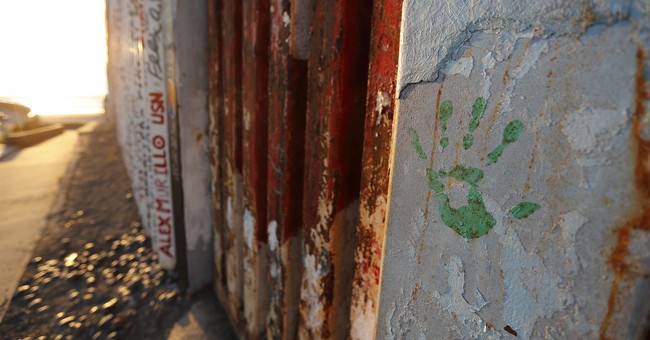 Matt C. Pinsker (JD, LLM) - author, national security expert, criminal defense attorney, US Army Reserve officer, and homeland security professor at Virginia Commonwealth University - is in a unique position to provide valuable insight on how desperately the United States needs a physical barrier on its southern border. During his service as a federal special prosecutor (SAUSA) on the border prosecuting thousands of cases involving illegal immigration and cartel activity, Pinsker has witnessed far more than your average journalist clamoring for a border photo-op (looking at you, Jim Acosta), and was happy to answer a few questions for our readers.

As far as you are allowed, can you detail some specific cases that the public would be particularly struck by?

I can cite multiple cases and observations that would horrify the public. One involved a 17-year-old child bride who was 8 months pregnant being smuggled into the United States by her 35-year-old husband who had a criminal record in the U.S.

In another, two adults tried to fake their asylum claim by pretending to be married along with a 8-year-old they falsely claimed was their child.

I also had multiple cases where convicted child molesters were arrested illegally reentering the United States.

In a 6 month period, I prosecuted some of the same people three or four different times for illegally entering the United States.

I had multiple cases where the Mexican cartels abducted innocent Mexicans and, after beating and torturing them, forced them to illegally enter the United States, sometimes carrying drugs. One guy who initially refused and was stabbed lifted his shirt up in court to show the wound.

Many times defendants in court who were charged with illegal entry had scars on them which were the results of having been tortured. There were large groups of illegal aliens being held hostage in the US by cartels, being kept as prisoners in “safe houses” until their family could pay their “release fee.” When the families had difficulty, the aliens would be tortured.

What would you consider your greatest success?

My greatest success may have been getting a judge to realize the severity of the actions of a defendant who was smuggling children into the United States, resulting in a heavy sentence.

Would you say progress is being made? If so, how?

Progress is not being made. In fact, we refer to it as “Groundhog Day” because it is the exact same thing, day after day. If anything, while I was down there the situation got worse.

Walls absolutely do work. They work for multiple different reasons, but not for the reasons people often think. Interestingly, there is not a single mile of wall where I served, though nearly every Border Patrol agent wanted one in certain areas. However, right on the border itself is a community college that was having a major problem with illegal aliens and drug traffickers coming over the river and then cutting through their campus. They almost completely stopped it by erecting an eight foot high fence around the campus.

Currently, we are catching about 30% percent of all aliens illegally entering the country. Even if a wall were to result in a modest improvement to just 40 percent, that is an additional 1 million more people who will stopped over a 10 year period.

Here is what people misunderstand about walls. They are not 100 percent perfect barriers where if you simply put them up no one can get through them. Instead, they work because: 1.) They add just a couple extra minutes to an illegal alien’s entry into the country. Although this does not sound like much, this means that Border Patrol has a couple more minutes to arrive in time to stop the person. The problem we often have is that Border Patrol responds to motion detectors, but because of the vast distances they cannot get there in time, so the aliens are gone by the time they get there. 2.) If, rather than scale a wall, aliens go around it, this decreases the total amount of border which must be patrolled, thus allowing Border Patrol to more effectively deploy its limited man-power in what are essentially “choke points” between walls.

Additionally, a border barrier can severely affect the powerful Mexican drug cartels in ways most people aren’t aware of, forcing them to spend time and resources on entering the country rather than abusing people. A wall drives up the operating costs of the cartels, decreasing their power. They must purchase more equipment to get around or through it, and pay more for personnel. For example, a foot guide who now demands $1,500 to take a group of 15 people might now demand $3,000. Even a modest increase in the chances of getting caught forces the cartels to pay significantly more to get people to work for them (essentially, hazard pay). By driving up their costs, fewer people will be able to afford to hire cartels to illegally enter the United States, thus making human trafficking itself less profitable.

What struck you most about the situation at the border that most law enforcement and even lawmakers might miss?

What struck me most was that 99.9 percent of all persons illegally entering the country are being trafficked in by the cartels. Many people mistakenly believe that illegal immigration is when people decide to come to the United States and sneak across on their own. Ironically, the cartels have done what the United States has not, which is secure the border. If they find an alien on their territory trying to cross without having paid their “fees,” they’ll murder them. It is a part of organized crime, and people who are routinely abused, tortured, and exploited are the product.

Matt Pinsker Disclaimer: Views expressed are my own, and not that of the government.