Scott Morefield
|
Posted: Dec 03, 2018 12:01 AM
Share   Tweet
The opinions expressed by columnists are their own and do not necessarily represent the views of Townhall.com. 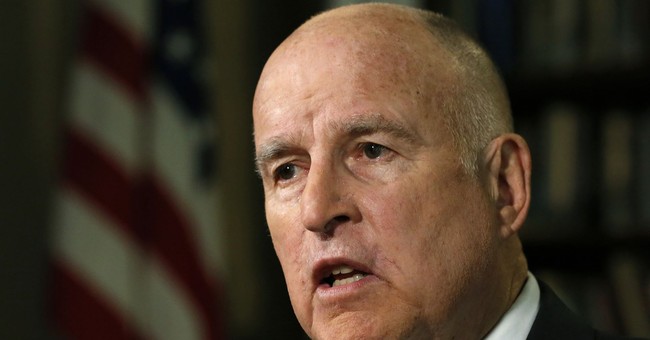 In 2016, California took yet another significant step in its decades-long quest to become the world’s largest banana republic when then-Governor Jerry Brown signed AB 1921, a then-barely-noticed revision to the state’s vote-by-mail procedures.

The change was a small but significant one. California, in its infinite wisdom, decided to make the practice of “ballot harvesting” legal. Thus, instead of only relatives or those living in the same household being allowed to legally collect and turn in absentee ballots for voters - as was previously the law - any “third party” can do it, including activist groups, Democratic operatives, or street-corner panhandlers.

As a ‘service to voters,’ don’tcha know.

Seriously, what could possibly go wrong?

The answer is not much ... not if you’re a Democrat that is.

Figuring out new and creative ways to steal elections being their specialty and all, Democrats knew what they were doing, and even a few conservatives saw this bill’s consequences coming from a mile away.

“AB 1921 would allow anybody to walk into an elections office and hand over truckloads of vote by mail envelopes with ballots inside, no questions asked, no verified records kept,” a group opposed to the bill wrote before its passage. “It amounts to an open invitation to large-scale vote buying, voter coercion, ‘granny farming,’ and automated forgery. AB 1921 solves no problem that a simple stamp can’t solve.”

And so, as the polls closed on election day, no less than six California Republican House candidates - including Representatives Dana Rohrabacher, Steve Knight, and Mimi Walters - were ahead in their respective races, some comfortably enough to declare victory and move on with plans for the next Congressional term. However, as absentee and provisional ballot results rolled in over the next few days and weeks, the vast majority of which predictably favored Democrats, their Democratic opponents managed to ‘find’ enough votes to snatch victory from the jaws of defeat.

In Orange County alone, 250,000 such ballots were collected, resulting in a total Democratic sweep, according to the San Francisco Chronicle.

“California just defies logic to me,” Ryan told attendees at a Washington Post live event. “We were only down 26 seats the night of the election, and three weeks later, we lost basically every California contested race. This election system they have — I can’t begin to understand what ‘ballot harvesting’ is.”

Allow me to explain, Mr. Soon-To-Be Former Speaker. “Ballot harvesting” is yet another tactic Democrats are using to cheat their way to electoral victory, because cheating is what they do best.

Ryan, true to form, refrained from directly accusing Democrats of anything nefarious, because ‘civility’ and whatnot, but the fact remains that putting systems in place that allow the ability to cheat with a low likelihood of getting caught, then turning a blind eye to it when it actually happens, is actually, well, cheating. So why not call a spade a spade?

Consider “Lulu,” who was recorded in October trying to “harvest” what she thought was a Democratic voter’s ballot in Rep. Knight’s district. It’s a “new service,” Lulu told the skeptical lady, for “like, people who are supporting the Democratic party.”

Color me shocked. And it’s not like they’re even trying to hide it. The San Francisco Chronicle reported:

“We beat Republicans on the ground, fair and square,” said Katie Merrill, a Democratic consultant deeply involved in November campaigns. “Many of the field plans included (ballot harvesting) as an option to deliver voters or their ballots” to the polls.

Those efforts involved identifying voters who might support Democratic candidates and ignoring those who wouldn’t.

In one Orange County household, for example, both the husband and wife were longtime Republicans, said Dale Neugebauer, a veteran Republican consultant. Democratic volunteers came by the house four times, each time asking to speak only with their 18-year-old daughter, a no-party-preference voter, and asking if she wanted them to pick up her signed and completed ballot.

That’s a perfect example of the “thorough and disciplined” ground game the Democrats used, said Merrill.

“We were not wasting time talking to people who weren’t going to vote for Democrats,” she said.

Imagine the ramifications, or the ‘possibilities’ if you’re a Dem. What happens if, for example, Lulu’s next house visit has a “Make America Great Again” flag planted in the front yard? Could Lulu go there, pretend to be a Republican, then toss the completed ballot in the trash on the way to Ben & Jerry’s? Of course she could, and the likelihood of getting caught would be next to zero. Could she then go to someone’s home who had no intention of voting, then ‘convince’ them to vote Democrat and give their ballot to her or else their next social security check won’t be coming? Again, yes she could.

Or maybe a union boss asks the folks under his charge to become permanent “vote-by-mail” voters so, you know, he can keep them ‘informed’ on the issues. Or maybe a partisan nursing home administrator ‘helpfully’ collects the ballots of her residents only to shred those from all the guys wearing the Vietnam Veteran hats.

I could go on and on, but you get the point. It’s not that voting should be difficult, but at the same time it should be secret, transparent, and require a basic investment in time, becoming informed, and properly identifying oneself as an American citizen eligible for the right. The numerous ways California has sought to make the electoral process the ease-equivalent of an America’s Got Talent contest has opened the door to endless forms of fraud.

But California Democrats don’t care, because they know that if there’s any cheating to be done it’ll be done mostly by liberals - and to them, apparently, all is fair in love, war, and politics.