Scott Morefield
|
Posted: Sep 23, 2018 12:01 AM
Share   Tweet
The opinions expressed by columnists are their own and do not necessarily represent the views of Townhall.com. 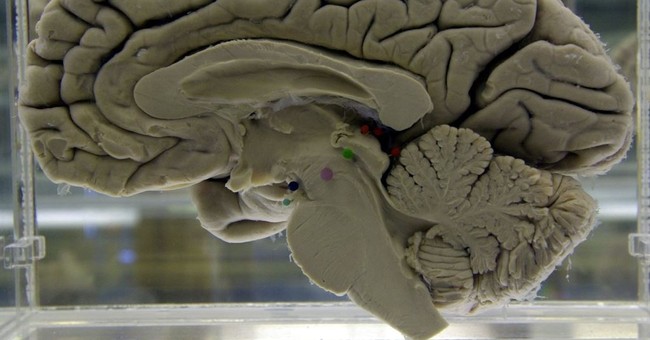 Elizabeth F. Loftus is a professor at the University of California, Irvine, a cognitive psychologist, and a preeminent expert on human memory whose work on the subject in criminal cases has been a crucial key to establishing a stricter standard for “recovered memories” and a greater requirement for corroborating evidence in criminal trials. She is also a self-described “pro-choice Democrat” who is “scared” at the prospect of a Supreme Court with Kavanaugh on it, yet honest and fair-minded enough to want the process to be “fair” to all involved.

Which includes Kavanaugh himself, who of late has been accused - by a woman who was 15-years-old at the time and who reportedly never mentioned the attack until a 2012 marital counseling session - of an act of sexual assault allegedly committed when he was a 17-year-old high school student.

Given so much at stake based on one individual’s 36-years-removed memory, and especially her reported dependence on the controversial practice of psychotherapy, Loftus seemed the perfect individual to speak to on the subject. Thankfully, granting the fact that there are so many factors we still don’t know for certain, Loftus happily agreed to speak with me on Saturday about the Kavanaugh case and issues that can arise from relying on memory alone absent corroborating evidence.

“I don’t see evidence that this is a typical repressed memory case,” Loftus said as we began our talk. “That doesn’t seem to be the pattern here. What does seem to have happened, it appears as if in 2012, 30 years after she was in high school, or age 15, she is in marital counseling for some reason - we don’t know what - and the topic comes up that she was assaulted by some boys in high school.”

“Why did that come up in marital therapy?” she continued while acknowledging that there seems to be evidence that Ford was assaulted by someone in some manner. “That would be something an investigation might reveal. We have no idea.”

A key, to Dr. Loftus, is when Ford eventually attached Kavanaugh’s name to what happened to her in 1982.

“I don’t see any evidence that she said the name at that time [in 2012], so when did she attach the name of Brett Kavanaugh to the episode?” she wondered. “An investigation might reveal that she continued on in the therapy and that they developed in more detail, and it might reveal that - who knows - she looked at yearbooks and tried to identify anybody she might remember from the boys at Georgetown Prep. We just don’t know.”

Of the possibility that the name could have been added later as a part of “memory recovery” psychological techniques, Loftus responded: “Possibly. It’s just one possibility since we have incomplete information about this.”

I asked Loftus about the likelihood of not remembering details about something, then suddenly remembering it decades later.

“There is a motive to remember sexual assault because there is a motive to explain your problems and give you a justification and a reason for why you have problems, and that’s one of the reasons that I see happen in a typical recovered memory case,” said Dr. Loftus before reiterating the fact that we don’t entirely know, besides “some kind of marital difficulty,” what brought her into therapy with her husband.

The professor told me about two assaults from her own childhood experience, one of which she held onto for years while instantly telling authorities about the other.

“I had a sexual assault when I was 15 by some boys from a neighboring high school,” she said. “I remember it pretty well but I could not tell you for life of me who they were. I don’t know if any of them went on to be famous.”

(“So, how does she,” she wondered aloud at that point. “He was a nobody back then. How did she know it was him?”)

“I told, right away,” said Loftus. “Why? I’m not sure exactly.” While she contends the assault when she was 15 was “worse” than what Ford has described so far, Loftus “told right away in my case and actually there was a subsequent - where boys from high school got together and they apologized and it was over.”

Loftus mentioned that it is “certainly” quite common not to tell authorities right away in “child sex abuse cases,” but the “sort of teenage assault kind of thing” Kavauaugh is alleged to have done is “a little less embarrassing than child sex assault.”

“If she ran away and escaped, I don’t know why you don’t tell, in some sense,” said Loftus. “It seems easier to tell than the altar boy molested by the priest.”

Loftus didn’t tell anyone about other abuse until “a few years” after she was married to her then-husband.

While acknowledging that “people react differently to experiences,” Dr. Loftus also expressed skepticism about the root causes of the “symptoms” - such as PTSD and anxiety issues - Ford claims to have as a result of the assault.

Our talk inevitably circled back to the fact that we just “don’t know” so many things about this case. If we knew, for example, how many of the supporters who knew Judge Kavanaugh from his high school days were from the girl’s school Ford attended, we might discover how well Ford likely knew him as well.

Because of my own skepticism on the subject, I inevitably wanted to ask whether Dr. Loftus drew any red flags at encountering the word “psychotherapy” when reading the original Washington Post report.

“Yeah,” she responded, laughing. “Because I still feel that there’s a chance that continued psychotherapy beyond the initial disclosure session could have resulted in what it sometimes does - developing the story, making it more coherent, adding details. But did those details get developed in psychotherapy? And again, we don’t know, and I know she’s a psychology professor and seems to have done a lot of good work in statistics and biostatistics. You can have intelligent, educated people who develop distorted memories. It could happen to any of us.”

Finally, whether through psychotherapy or her own memory over the years, could Ford have somehow “amplified” what happened to her to construct a very real “memory” of something that at the time may have been in actuality more benign - such as a misplaced grope or an awkward kiss?

“It is certainly possible that it wasn’t quite as frightening or as violent as she’s now describing it and as people are now refer to it, as a violent attempted rape,” said Dr. Loftus. “It’s possible that it got more extreme in the course of her thinking about it.”

“In the midst of the MeToo movement I think some people are really reluctant to do anything other than embrace her story,” noted Dr. Loftus. “I’m a Democrat and I’m a pro-choice person, and I’m scared of having him on the Supreme Court, but if he doesn’t get on I want it to be fair.”