Last Man Standing Is Back, and Trump's America Couldn't Be Happier

Scott Morefield
|
Posted: May 12, 2018 12:01 AM
Share   Tweet
The opinions expressed by columnists are their own and do not necessarily represent the views of Townhall.com. 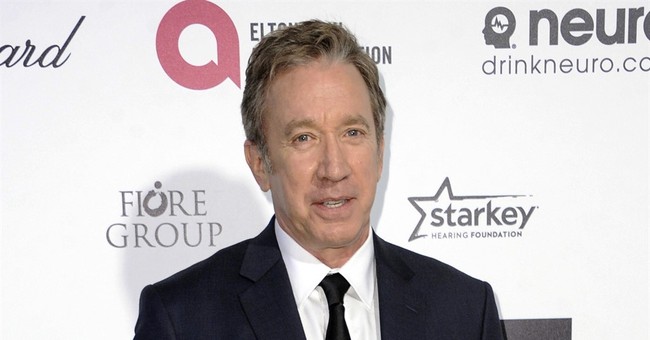 When ABC cancelled "Last Man Standing" after its sixth season last year, the show was at the top of its game, with millions of loyal viewers and perched behind only "Modern Family" at the number two ranking among the network’s comedy shows.

To say fans were disappointed is an understatement. Although ABC Entertainment president Channing Dungey tried to blame the network’s decision on the show’s high price tag rather than star Tim Allen’s political affiliation or, worse, his support of President Trump, not many were buying it, particularly Allen.

"I always wanted "Last Man Standing" to be like ['All in the Family's'] Archie Bunker," said Allen last September, according to THR. "Archie Bunker;pushed boundaries, but Carroll O'Connor was not that guy at all. I am a version of that guy. But there is nothing more dangerous, especially in this climate, than a funny, likable conservative character. He is mitigated on the show by a family of women who had a difference of opinions, but [Mike Baxter] was a likable guy and a principled guy about work and ethics and all this stuff."

There’s the rub, of course. Progressives, being the type of folks who want to dominate every aspect of our lives, are certainly used to controlling what the public is ‘allowed’ to watch, and they do it with gusto, filling countless broadcast hours with what essentially amounts to poorly produced leftist propaganda.

I don’t have any inside proof for that, of course, but knowing what I know about how liberals, particularly those with acute cases of Trump-Derangement Syndrome, think, I don’t think it’s a bridge too far.

Except, conservatives have money too, and green is hard to ignore.

Enter "Roseanne," another show geared toward working class America that helped fill the void left by "Last Man Standing" in a yuge way by dominating its time slot and skyrocketing to the top of the Nielsen ratings. Its portrayal of a working-class grandmother who openly supported President Trump because “he talked about jobs” was refreshing to Trump-supporting, working-class America.

Considering that Roseanne is the only conservative character on the show and many of the other storylines and characters are more reminiscent of a show like "Modern Family" than "Leave it to Beaver," it actually says a lot about what beaten-down conservatives in America are willing to tolerate for their entertainment these days. Sadly, sometimes it’s enough just to have someone on television openly declaring their support for President Trump and not be portrayed as a monster.

So when conservatives took the bone they tossed us with "Roseanne" and devoured it like a starving wolf, it couldn’t have hurt the prospects of bringing back "Last Man Standing", and now the series has officially been revived for a seventh season by Fox.

Allen will be back, as well as stars Nancy Travis, Jonathan Adams, Christoph Sanders, Amanda Fuller, and Jordan Masterson. And the Trump-supporting star couldn’t be happier.

"Excited? Team LMS was in the sixth inning, ahead by four runs, stands were packed and then for no reason, they call off the game. It leaves you sitting in the dugout, holding a bat and puzzled. Now we get the news from Fox that it’s time to get back out on that diamond — hell yes, I’m excited!" Allen said in a Friday statement. "When I heard the offer to create more episodes of 'Last Man Standing,' I did a fist pump so hard I threw my back out. It’s the fans! I could not be more grateful for the fans who wrote petitions and kept up the passion and incredible support for the show. And a fist pump, ouch, for Dana Walden and Gary Newman at Fox for not only listening to the fans, but for making the bold move to bring Last Man Standing back. I’m sure audiences will be curious to see what we look like after all these years. Oh, has it only been one year? Well, just goes to show you — a lot can happen in a year.”

My kids couldn’t be happier either. They loved the show, and my wife and I loved watching it with them. Politics aside, there are few shows these days that are classy, clean, well produced, well acted, and hilarious to boot.