Scott Morefield
|
Posted: Dec 22, 2017 9:56 AM
Share   Tweet
The opinions expressed by columnists are their own and do not necessarily represent the views of Townhall.com. 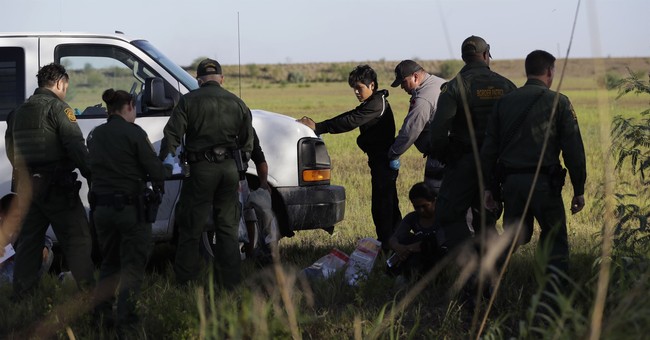 “If you tell a lie big enough and keep repeating it, people will eventually come to believe it,” wrote Nazi propaganda minister Joseph Goebbels of the concept originally coined by his boss, Adolph Hitler.

Today, few lies have been as oft repeated and as consistently maintained by liberals and even conservative quislings on the right as that of the “noble immigrant,” a profile of someone better in all respects than your average native-born American - better at working hard, better at not straining social services and, most importantly, better at obeying the law. And as it so happens, these “ideal citizens” happen to be foreign born and from a needy Thirld World country no less, just south of our borders, one that could really use our help by the way, what with all those mouths to feed and limited resources at their disposal.

Hard working, independent, law-abiding, diverse, and a bonus for helping a friend in need - what’s not to love, right?

Bolstered by dubious “studies” on the matter by groups like the Cato Institute, the liberal media ran wild with that mantra for years. “Several studies, over many years, have concluded that immigrants are less likely to commit crimes than people born in the United States. And experts say the available evidence does not support the idea that undocumented immigrants commit a disproportionate share of crime,” wrote the New York Times in a January piece that’s par for the course when it comes to liberal thought.

And yet, none of these so-called studies seemed to be able to cite actual government statistics. Why? According to Malia Zimmerman at Fox News, “the government agencies that crunch crime numbers are utterly unable — or unwilling — to pinpoint for the public how many illegal immigrants are arrested within U.S. borders each year.”

Which begs the question, of course - Why on earth would the government, especially when it was run by liberals like President Obama, not want real, quantifiable, relatable statistics out there for everyone to see, especially on an issue as touchy as immigration? I mean, there are real ‘racists’ out there slandering God-fearing, hard-working, law-abiding illegal immigrants and all the government would have to do to shut them up is show us all the real numbers.

But they didn’t, did they? Why? Might the reason possibly be that the government always had something to hide? Might the actual data possibly conflict with the narrative they want to maintain?

Law-abiding and hard-working individual immigrants notwithstanding, could the ‘Myth of the Noble Illegal Immigrant’ be nothing more than just another Big Lie?

Thankfully, President Trump is under no such obligations to maintain the illusions enforced by political-correctness. On Thursday, the Department of Justice and Homeland Security released long-suppressed data on illegal immigrants and federal crime. Granted, this is only a small part of the overall picture, as both sides admit, but it’s still a telling one. According to the report, “more than one-in-five of all persons in Bureau of Prisons custody were foreign born, and 94 percent of confirmed aliens in custody were unlawfully present.”

Cato Institute, a long proponent of increased immigration and the author of multiple “studies” extolling its virtues, had already written a pre-emptive blog on the blockbuster release, insisting there’s really nothing new there and downplaying the sample-size of federal crime statistics. Doubling down, Cato’s Alex Nowrasteh says his group used “residual statistical methodology” to find that illegal immigrants were “44 percent less likely to be incarcerated than native-born Americans” in 2014.

“Although there is less research on illegal immigrant criminals,” Nowrasteh concludes, “the general finding is that they are less crime-prone or about as criminally inclined as native-born Americans.”

Less research? Hey Cato, why not ditch the whole “residual statistical methodology” process and press state and local governments for the actual data? Or are you, and they, afraid of what the actual data will say? Do you not think the American people can handle the truth?

In the quote at the beginning of this piece, Goebbels defined the “Big Lie,” but he wasn’t finished: “The lie can be maintained only for such time as the State can shield the people from the political, economic and/or military consequences of the lie. It thus becomes vitally important for the State to use all of its powers to repress dissent, for the truth is the mortal enemy of the lie, and thus by extension, the truth is the greatest enemy of the State.”

The consequences of this particular Big Lie, like Kate Steinle at the tip of the iceberg, are becoming increasingly difficult to hide.