Scott Klusendorf is President of Life Training Institute and the author of The Case for Life: Equipping Christians to Engage the Culture. Scott has taught pro-life apologetics at the graduate level at Biola University and Trinity Law School, and lectured at over 80 colleges and universities including Stanford, Berkeley, UCLA, USC, Johns Hopkins, MIT, and the U.S. Air Force Academy—to name a few.

A popular banquet speaker, Scott has been featured on nationally syndicated programs such as Focus on the Family and Faith under Fire. Each year, Scott helps pregnancy centers raise money to assist women and children.

Scott is a graduate of UCLA and holds a Master’s degree in Christian Apologetics from Biola University. He and his wife Stephanie have been married since 1985 and they have 4 children. 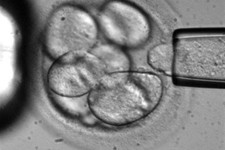 Equality Truths We Just Won’t See
By Scott Klusendorf
ONE HUNDRED years ago yesterday, Ota Benga killed himself. His story is beyond horrific. In early 1906, eugenicists and racial anthropologists ...
March 21, 2016
Marco Rubio: A Pro-Life President Who Will Defend Human Dignity
January 22, 2016 |
In Their Own Words: Pro-Lifers Aren’t the Only Ones Who Call Abortion Killing
November 30, 2015 |
When Perfection Kills
May 18, 2015 |
Commentary Archives
CARTOONS | Steve Breen
View Cartoon