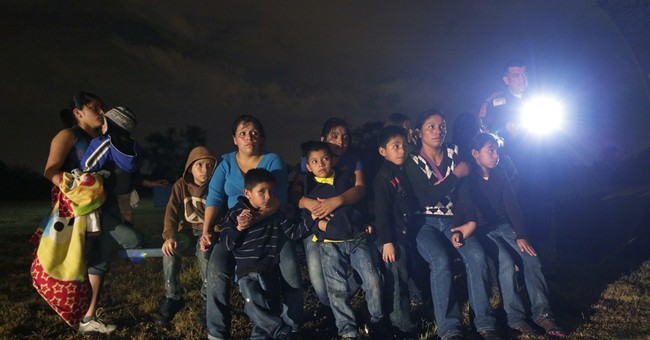 Wouldn’t $3.7 Billion better be used to build a concrete wall across the border of the United States? The fence that the American people were promised when President George W. Bush signed the Secure Fence Act of 2006 saying “This bill will help protect the American people. This bill will make our borders more secure. It is an important step toward immigration reform."

The Fence Act passed the Senate 80-19 and approved $1.2 billion to be used to build a physical barrier more then 700 miles along the Mexico-United States border.

Therefore, with 3x the budget being spent to care and detain unaccompanied children, overtime for border patrol officers and legal aid, wouldn’t it be make more sense to actual fulfill the law in place and eliminate the majority of the problem?

At this point, anything built would be better then what we have now which is simply a non-existent border where people “can literally walk into the United States,” as Santa Cruz AZ Sherriff Tony Estrada said on the “Dan Maduri Show.”

In a press conference on Wednesday night, President Obama refused to acknowledge the fact that his “Dream Act,” as well as his 2012 Executive Order of Deferred Action for Childhood Arrivals, is what motivated this surge of illegal children. The President continued his normal pass the blame policy, putting the blame on the Republican lead House of Representatives for the problem because they have not passed a comprehensive immigration reform bill.

Specifically calling out the Texas delegation, President Obama pushed for his supplemental bill to be passed immediately with comprehensive reform to closely follow.

President Obama trying to appeal to conservatives touted that he had a very productive meeting with Texas Governor Rick Perry as well had deported more then 2 million people, which is more then any other administration. The truth is however that President Obama has also halted the deportations of spouses, children, and parents of Armed Forces personnel as well with the DACA if an illegal is granted status they can stay here for two years. But there's no promise it will last and no way to citizenship. But for the hundreds of thousands illegals who are already who have it, it is a huge start.

If this President really wanted to solve this crisis, he could immediately activate the National Guard to the border saying this is a National Security threat and then turn around and ask Congress to continue the funding to keep the troops in place until the fence was completed.

However, that would be considered creating solutions not playing politics, something this President is not known for doing.

Sherriff’s interview can be heard here.