Could Today's Libertarian Be Tomorrow's Liberal? 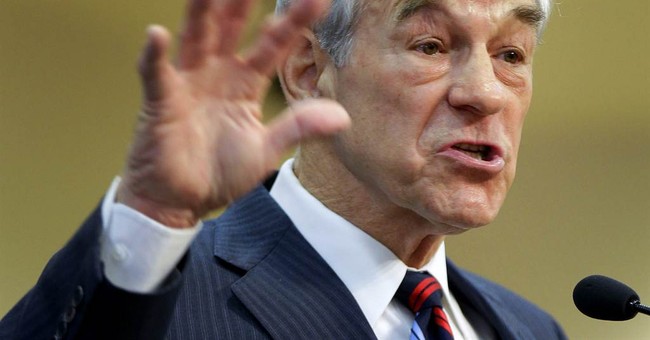 Should I vote with my heart or my brain? It’s a question most Libertarians will ask themselves when they step into the ballot box in 2014 and 2016.

Until Libertarians have a serious candidate running on more than just legalization of marijuana, both Republicans and Democrats have an equal chance at recruiting this growing bloc of voters, especially among the younger voters who have recently turned to the Libertarian viewpoint as a result of their mistrust of Government. The chain of scandals from this administration does not sit well with today's youth as well as any other age group on either side of the aisle, with the most obvious solution being a Party based on less Government.

For years, GOP grandees have taken it for granted that Libertarians would be with them come Election Day. After all, aren’t Libertarians essentially free-market, freedom-loving conservatives who just don’t want to be formally affiliated with Republicans?

But lately it seems just as many of the opinions that Libertarians promote are in line with the left’s political agenda. Because of this, Libertarians could find themselves recruited by Democratic candidates in the upcoming elections.

By definition, a Libertarian is a person who upholds the principles of individual liberty especially of thought and action. Libertarians believe in personal responsibility while preserving personal freedom. They oppose the Government interfering with any of their business, family, or personal decisions.

It all sounds like Republican boilerplate until you get to two issues that will cause Libertarians to defect to Democrats in droves, if they haven’t already.

The legalization of Marijuana is one of the more polarizing Libertarian issues. On one hand, you have those who might never have used pot but believe in removing marijuana from the jurisdiction of the federal government and allowing the states to regulate it on reasons of principle. And then there is the not insignificant number of “Libertarians” who just want the Government to get out of their stash and make pot more easily available.

Neither reason sits well with members of the religious right or conservatives as a whole. This view in fact more aligns itself to those on the left who often advocate for the legalization and use of marijuana. In fact, in a recent poll released by the left leaning Pew Center in April, 50% of Americans said that smoking marijuana was not a moral issue as compared to 35% who answered in kind in 2006. That same poll also stated that 60% of Independents think Marijuana should be made legal – the same percentage of Republicans who think it should remain illegal.

Another issue which makes Libertarians easy prey for liberals is homosexual marriage rights. Some libertarians believe that this is a States rights issues because it was not defined by the 10th Amendment and that the Government should stay out of defining a family. However, others just want to marry their partner and have the same rights as other “traditional” marriages.

These are just two issues in which Libertarian beliefs run parallel to Progressives. Other issues include the legalization and removal of all restrictions on alcohol, pornography, prostitution, gambling, and suicide.

As the Democrats watch the Tea Party and other Conservative groups continue to grow in momentum towards 2014, they know they must appeal to Libertarians. And it is their libertine social views that could be an opening for voter recruitment. Watch as the Democrats start running more emotional campaign commercials focused on issues like equal marriage rights for all, how pot can relieve painful health symptoms, and an oppressive national security apparatus. The Republicans; however, might also tweak their message by focusing on the outrageous spending and new limits and restrictions which this Administration has implemented in volume on small businesses and individual freedoms.