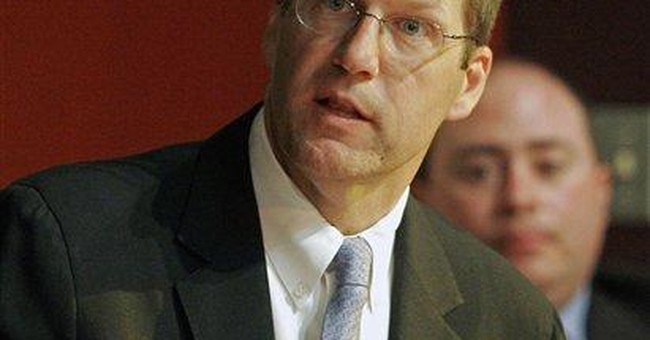 Former Governor and failed Senate candidate Jeanne Shaheen is a remarkable story of firsts for New Hampshire. She was the first woman elected to the state’s highest office. Unfortunately, she was also the first Governor to implement a broad-based tax. Shaheen’s political career is marred by duplicity, flip-flops, and political pandering that put the residents, especially the students, of New Hampshire last. Perhaps, instead of first, a better qualifier to define Shaheen’s tenure is failed.

A quick review of Shaheen’s record on the issues exposes why she lost the Senate race in 2002 and why she will again lose in 2008.

New Hampshire has a proud history of small government and little-to-no tax burden for its residents. These traditions met their demise with the election of Shaheen to the Governor’s office.

Shaheen saddled the state with runaway spending and needed a way to foot the bills. So what did she do? Here we reach a New Hampshire first; Shaheen was the first Governor, in the over two century history of New Hampshire, to implement a broad-based tax. Her record on taxes provides an excellent synopsis of the former Governor’s tenure: misleading, pandering and wrong.

During her campaign for reelection in 1998 Shaheen’s alleged anti-tax stand was outlined in a Union Leader article. According to the article, “Four times, Shaheen pledged and guaranteed to veto any ‘new’ broad-based tax.”

But after the election, Shaheen quickly reneged on her campaign pledges. First, an Associated Press story, “Shaheen never promised to veto all new taxes and believes the property tax should be part of the solution.”

Now in full backpedal mode, Shaheen took the plunge in April of 1999 by signing a statewide property tax – the first in the state’s history. Not satisfied, Shaheen shamelessly pushed a 2.5% sales tax that would have decimated border communities and a 4.5% capital gains tax.

But Shaheen’s tax hypocrisy did not stop. She continued her pattern of duplicity and pandering during her failed 2002 run for the U.S. Senate. During that campaign, Shaheen brazenly claimed to support the federal tax cuts of 2001 – just two short years after making history by implementing a broad-based tax in New Hampshire.

Was Shaheen pandering to the electorate on a popular initiative intended to put more money in their pocket? In a word, “yes,” since six years later Shaheen is now campaigning against these same tax cuts she claimed to support.

So did Shaheen’s first ever broad-based tax benefit the residents of New Hampshire? Just ask the students of the state’s public high schools - one justification for her new taxes - which had the lowest graduation rate of any state in New England, not to mention the more than 25% of students dropping out of school. Or perhaps you could ask Education Weekly, which gave New Hampshire a “D” in 2002 for improving teacher quality.

These are amazing statistics from a woman who called herself the “Education Governor” in 1996. More troubling was Shaheen’s veto of School Accountability Legislation that would have, among other things:

Even though Shaheen turned her back on the state’s students who actually remained in school; she must have been concerned about the high drop out rate in New Hampshire’s high schools.

When asked about the high drop out rate, Shaheen’s spokesperson said it was on par with the national average. Indicating the Shaheen administration was content with being average and having the lowest graduation rate of any New England state. Both of which are incredibly troubling opinions for the state’s highest elected official – especially one that touted herself as the “Education Governor.”

Now, six years later after she left office, New Hampshire is still burdened by Shaheen’s tax hike agenda that was intended to solve the education funding crisis. A continuing crisis Shaheen exacerbated through vetoes and a stunning failure to lead; leaving the problem for future Governors to attempt to solve.

While Shaheen has a record of politically motivated pandering and duplicity, Senator John Sununu has provided principled representation to New Hampshire. He has not pandered, nor tried to deceive the voters. Sununu has examined the issues and voted for what is best for New Hampshire and America.

When Granite Staters go to the polls this fall, they need to ask themselves if they want steady, honest leadership from the Senator who puts them first or would they rather have a tax happy Senator who votes which ever way the wind blows and puts New Hampshire residents last.