Our Bender of Political Instability Shows No Signs of Stopping

Salena Zito
|
Posted: Dec 15, 2020 12:01 AM
Share   Tweet
The opinions expressed by columnists are their own and do not necessarily represent the views of Townhall.com. 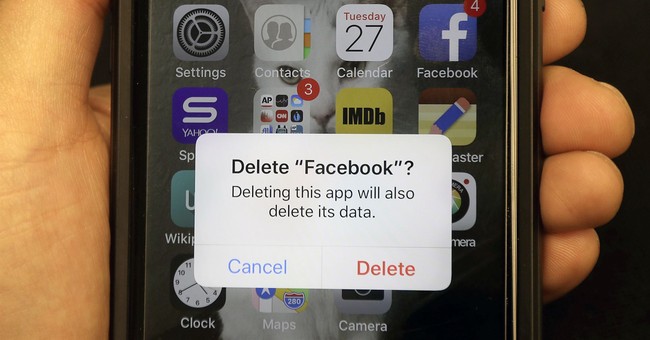 Elections are often a study of something in between getting the election results we deserve and politicians misreading why their side won a big race, especially if it is a narrow win.

In times of turmoil, voters often choose with their hearts and not their heads. And in case you haven't noticed, for the past two decades, we have been in a constant state of turmoil, with our election results reflecting that instability.

One could argue that the beginning of the technology revolution 20 years ago began the modern swings in our electoral politics. The impact has become very similar to the economic, cultural, geographic and political upheaval of the Industrial Revolution in the 1880s.

Between 1880 and 1900, the country went through a cultural shock when we went from living and working around the rising and setting of the sun to a schedule set by the ticking of a clock. The transformation meant longer working hours and more people moving into cities and away from small towns and farms. The expansion of electricity led to advances in the mass production of steel, dry goods and chemicals.

People became more mobile as train travel and automobiles freed them from their reliance on animals for transportation. As people, inventions and news traveled faster, great wealth was amassed (and lost) at a rapid pace. Recessions became commonplace in reaction to bank runs and rail strikes, and people moved back and forth between poverty and the middle class with unsettling frequency.

Our politics reflected that cultural upheaval. In those 20 years, the presidency and the majorities in Congress swung back and forth like pendulums on a sugar high. The panic of 1893 led to the Democrats losing more than 100 seats in Congress, the largest single turnover of power in history. The only president to lose his first try at a bid for a second term, Grover Cleveland, came back to win it four years later.

We have faced a similar upheaval over the last two decades as technology has both created great wealth and increased economic disparity; fueled partisan elections; and shaped a cultural and economic dislocation between the powerful and the rest of us.

Along the way, we have faced a devastating terrorist attack, seemingly endless wars in faraway places, an economic collapse and a robust economic rebound that was shattered by a pandemic.

We get around faster now but with the internet as our vehicle: a mechanism that many believed in its infancy would draw us together but has instead become a Big Brother, using us for profit. We are not the customer. We're the product. We have given up our privacy and information to corporate America for its profit.

All of this is happening as Big Tech censors ideas, divides us politically and drives news coverage.

Our cultural curators -- corporate media, Hollywood and the entertainment industry, corporate boardrooms, and major-league sports organizations -- have become further and further detached from the people who consume their products, resulting in broken generational connections, faltering team loyalties and lost revenues. They have made bets on the next generation, but the next generation does not possess the same loyalties that their parents and grandparents did, nor the same disposable income.

Our politics have reflected this turmoil. We've arguably had four (2006, 2010, 2014, 2018) separate wave election cycles. Both of the major political parties have realigned dramatically, with populist movements having deep impacts on both of those realignments, thanks to the tea party movement and President Donald Trump on the right, and Occupy Wall Street and Black Lives Matter on the left.

This brings us back to getting the elections we deserve and elected officials misreading our votes. With the former, we are on a bender, pushed by the rapid movement that technology has created in our culture and that our political parties have reacted to rather than analyzed.

One of the arguments I have made repeatedly is that the decision-makers in these political and cultural institutions need more diversity of thought and perspective in their boardrooms: more state-school graduates, more people from impoverished city neighborhoods or rural small towns, more people who sit in a pew on a regular basis or work with their hands.

No matter which party gains control, the party inevitably believes that people like it better than the other guys' party. And when you think that way, you inevitably believe you can spend wildly on your vocal base's wish list or expand government with no check on power.

Many people vote a party into power because they are mad or want to punish the other party. In short, they don't like you more. They just like the other team less, and they will just as gladly vote you out in the next election cycle. This is exactly what happened to Democrats in congressional elections this year.

It is impossible to imagine how we can shake loose from either of these patterns. Politicians seem unwilling to accept that there are consequences for misreading elections; corporate boardrooms appear willing to continue to operate as social justice organizations; and Big Tech is betting that people aren't ready to give up the conveniences it provides, no matter how much it censors them.

This means voters are left with two choices: Reward or punish political parties every two years. Those are two unfortunate choices that will likely keep us on this bender.