A 90-Minute Flight, 45 Presidents and an 8-Year-Old American Boy

Salena Zito
|
Posted: Oct 23, 2018 12:01 AM
Share   Tweet
The opinions expressed by columnists are their own and do not necessarily represent the views of Townhall.com. 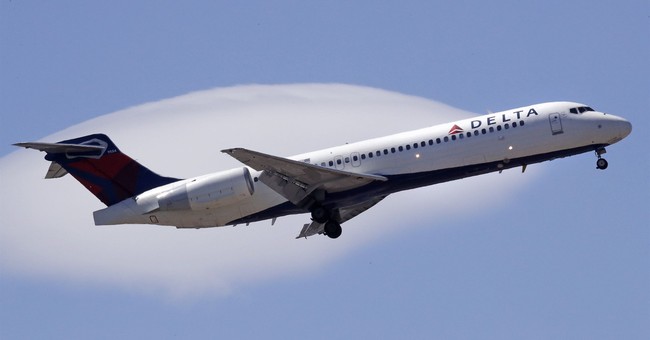 CHARLOTTE, N.C. -- Sometimes you meet special people, people who have an impact not just on your day but on your outlook on life, people who provide you a priceless gift by letting you see the world through their eyes and thus, show you that everything is a little better than you thought it was before you met them.

Sometimes those people are only 8 years old.

The first thing you will learn about Jared Gyure when you meet him is that he likes U.S. presidents.

He has no problem sharing that affinity, which he did the moment he plopped himself down in seat 17E on an American Airlines flight from Charlotte to Pittsburgh. He sat next to his mom, Adrienne Gyure, and his dad, Jon Gyure, and his 3-year-old brother, Jackson Gyure, sat in front of him. Two older brothers sat way up in the front of the plane.

They are heading to Uniontown, Pennsylvania, for the funeral of the boys' great-grandmother.

"Did you know that Ulysses Grant once got a ticket for riding his horse too fast? Did you know that Richard Nixon got taken out of office for lying? I think that makes him the worst president. Did you know four U.S. presidents were assassinated?" he says, seemingly without breathing between each thought.

And you can see those thoughts race across his 8-year-old face as he recounts all of the facts he knows about presidents.

And there are a lot of them.

"I was really lucky to know my great-grandmother," he says with a broad smile, acknowledging something he knew was great -- a connection to his family's history and past he was able to experience.

He wonders what I think of William Jennings Bryan running for president three times. He asks who my favorite president is. I tell him that changes every time I read a new book on their lives, and that my new favorite president is Grant, since I recently read Ron Chernow's biography of the general-turned-commander in chief.

With this audience, I have to brag. I tell Gyure I just interviewed the current president, Donald Trump, and his eyes grow wide like saucers. When I mention I also interviewed both Presidents Barack Obama and Bill Clinton, Gyure gasps. In that moment, I understand that cynicism about our country's foundations and institutions and government isn't something built into our DNA, or something that inevitably follows from the competitive nature of politics. Our current cynicism is specifically taught by the culture of the moment.

In Row E of this jet plane is someone who purely loved the office of the presidency without, even at a young age, a naivete that the presidents were all perfect. It is also very clear that however his parents feel about Trump or Bush, or Obama or Clinton, has not formed any barrier to his curiosity.

"I think they all start out good, or wanting to do good. But sometimes things happen, and they make bad choices," he says.

The precocious 8-year-old has no electronic gadget or iPhone. That is a privilege that he has to earn, said his mom. He loves board games and history books, plays soccer but really wants to play football, and became enthralled with the presidency thanks to a second-grade teacher who decorated her classroom with presidential photos last year.

It was there, his mom said, he found his passion.

"If William McKinley hadn't picked Teddy Roosevelt for vice president, you know, he may have never been president," he says. "Did you know that when TR was a kid, he had, like, a zoo of animals in his house? I think John Quincy Adams was my favorite president, even though I heard he had a bad temper."

Politics shouldn't always about picking a side; sometimes politics should be about knowledge of our fellow men and women.

Because of the central location of Jared's seat and our lively dialogue, it is clear when we begin to exit that most of the plane heard our conversation about all of the presidents. Yes, he knew all of their names, although we both got stumped on the Harrisons.

For someone who rarely flies, I found myself for once enjoying the opportunity to meet someone so inspiring and inquisitive all packaged into one small boy.

Jared receives a lot of smiles as the passengers exit the plane. Our boisterous conversation has touched more than one person traveling from North Carolina to Pennsylvania, including a young African-American man dressed in a deep-blue dress sweatshirt and pants with the traditional gold Navy emblem across the front.

He pulls out his white Navy sailor cap and asks Adrienne if he could give it to the precocious boy, who probably taught everyone on the plane a few things about U.S. presidents -- most importantly, a deep respect for the office outside of politics.

Jared is stunned as the sailor hands him the hat. He pauses to take a photo with him and then walks away with a broad smile without giving his name.

It's a reminder that sometimes lightning strikes twice in one day, when you meet two special people who make an impact not just on your day but on your outlook on life.

On that Wednesday evening flight over the middle of the country, Jared likely made an impact in so many ways, and on a lot more people than he'll ever know.