Rise of the Rest in Appalachia

Salena Zito
|
Posted: May 23, 2018 12:01 AM
Share   Tweet
The opinions expressed by columnists are their own and do not necessarily represent the views of Townhall.com. 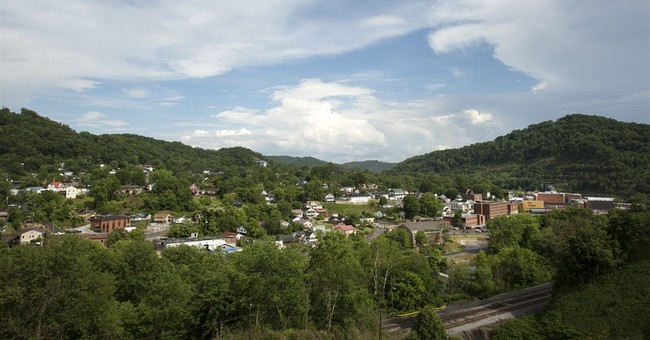 PIKEVILLE, Ky. -- On Election Day 2016, Jonathan Webb found himself on a lavish cruise liner with America's elite, gliding along the Atlantic outside of Miami. Eric Schmidt, executive chairman of Google, was there, and so were Quentin Tarantino, Erin Brockovich, TV legend Norman Lear and singer will.i.am. Celebrity chefs were stationed at different eateries; yoga gurus offered spiritual talks and meditations.

Webb, who was working with the Obama White House at the time, was used to being in rarefied company. But still, he found the experience surreal -- and it was about to get even weirder.

On TV screens around the ship, election results started pouring in. Within hours, it was clear that Hillary Clinton had lost and Donald Trump would be the next president of the United States.

"People are crying all over the place. I mean, they're just crying everywhere and I'm kinda just standing around," Webb recalled. "I think everybody was a little bit surprised, but for me it was like, this is not a surprise, guys."

The first person from his family to graduate college, Webb left his hometown of Lexington, Kentucky, in 2010 for New York City to find work in the solar power industry. In October 2014, he was hired by the Army Office of Energy Initiatives in Washington, D.C., to help the Obama administration achieve its goal of supplying 20 percent of the Department of Defense electricity with renewable energy by 2025.

But he never lost touch with the people back home. He said: "Under 10 years ago, the people of Appalachia fueled 70 percent of the energy in this country. They lit the buildings, the homes. They made sure schools were warm, and technology had the currents it needed to fuel invention."

By 2016, Kentucky was getting hammered by unemployment, opioid addiction and a general sense of disillusionment. It didn't surprise Webb that Trump, who had wooed the heartland with the message "Make America Great Again," had won.

So, shortly after that election-night cruise, Webb decided to be part of the solution. He founded the agricultural startup AppHarvest to build and maintain high-tech greenhouses that grow and distribute fresh vegetables across the U.S., employing local people and providing them with healthy produce.

Now with $60 million in capital under his belt, Webb expects to break ground with his first greenhouses in Pikeville, Kentucky, in the next few weeks.

Among Webb's investors is Rise of the Rest, a seed fund managed by "Hillbilly Elegy" writer J.D. Vance and AOL co-founder Steve Case that supports businesses outside of Silicon Valley, New York City and Boston.

Webb, 33, said he has spoken with executives at some of the largest environmental organizations in the U.S., trying to convince them to put their money into coal country. "I have told them ... they have a poor strategy in some cases," he said. "Instead of campaigning against coal for green-collar jobs in coal country, they need to facilitate investment into the region to build projects."

Webb's goal is to hire 120 people in Kentucky and expand to 600 people and 160 acres with several greenhouses throughout central Appalachia, producing "roughly 100 million pounds of tomatoes depending on what varieties we grow," he said.

As he stands on a mountain flattened by coal production that will soon become an innovative breadbasket for the region, the poignancy of the moment isn't lost on Webb. Soon he will start providing jobs where 10,000 of them have disappeared in the past decade.

"For everybody who's wanted to sit back and just completely hammer the coal industry, that's an easy thing to do," he said. "If you want to actually win over hearts and minds and you want people to actually support your environmental cause, then come in and put money to work and put people to work. It's that simple. It's really not rocket science.

"All you gotta do is come in and build."