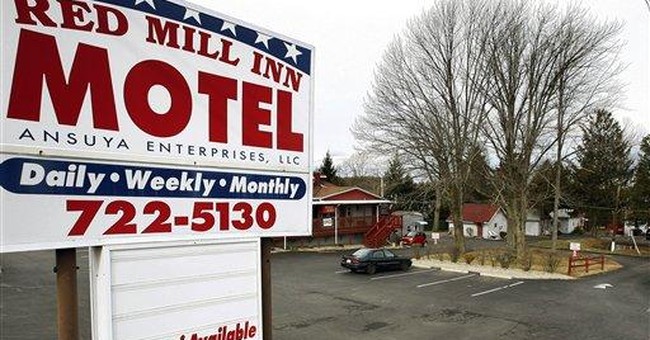 Trending
SOMERSET – A roadside diner in a small town is quintessentially charming. Its sparkling steel, a reminder of our one-time manufacturing greatness, seems to reflect America’s spirit.

The Summit Diner is one such place. Located just off the Pennsylvania Turnpike here, symbolizes America, a place where our very-egalitarian nature is embodied by the shoulder-to-shoulder seating at the long lunch counter.

Amy serves over-easy eggs and homemade sausage with a smile. Watching her hustle between customers and kitchen, you know she works hard and cares about her work.

Her practicality is evident, too, when she reminds you to please return a pen absentmindedly pocketed after signing a dinner check.

Before the crash of Flight 93 in Shanksville ten years ago and the Quecreek mine rescue a year later, Somerset County was known mostly for its snow.

This is where optimism lives, not because a slick Madison Avenue ad says so, because economic figures are rising or because a stimulus project was completed.

It lives here because of the people: They get up every day and work, sometimes two or three jobs; they tend to families; they go to church on Sundays. They care about things like school board meetings or car cruises. They are part of their community.

Politicians love to stump in diners such as this. U.S. Senator Bob Casey, D-Pa., came here in 2008, going booth to booth to sell the promise of change in presidential candidate Barack Obama.

Who can remember the last time anyone in Washington reminded anyone on Main Street that our country is a place to be proud of? That they believe America is exceptional because of her people?

Anyone with a cursory understanding of U.S. history knows America has faced economic turmoil before, accompanied by war, and always found a way to overcome.

Part of the problem with Washington is that no one there has thought of showing people that they are working toward making American that “shining city on a hill” again, instead of talking about political cars-in-ditches.

Historian and author David McCullough says America is alive and well on Main Street. He sees an optimistic spirit and a work ethic in people today, just as he does in the historical figures he brings to life in books and lectures.

“I see it every day in so many different ways,” said McCullough. “We still almost all believe in the fundamental premise (on) which the country was based, that we are a country of laws, not men.”

The historian, who painted vivid portraits of John Adams, Harry Truman and Teddy Roosevelt, grew up 80 miles from here in Pittsburgh. His first book, “The Johnstown Flood,” chronicled the disaster that spilled 20 million tons of water into an industrial town just 30 miles down the road.

In each of his books, McCullough has told of people with a common thread. Battlefield heroes, statesmen, a young engineer working at a summer camp – they are always formidable in their work ethic and boundless drive to do the right thing.

“I think Americans … greatly dislike hypocrisy in any form,” he said, calling it “a sustaining belief.”

McCullough said a constant reminder of America’s spirit is evident in his newest book, “The Greater Journey: Americans in Paris,” in which he tells of daring artists who went to the Old World to make their mark on our culture – something no Americans did before.

He credits his outlook to his Pittsburgh upbringing: “There was an attitude, I heard it all of the time, particularly from my mother and father. They would tell you, ‘Oh, he is a good worker,’ which meant you could forgive almost anything … .”

Men and women who lead, no matter what self-doubts they have, could learn much from that wisdom – as McCullough says, “that you did the job you were supposed to do and you did it well … and that almost nothing of consequence was accomplished alone.”

It is what most people here would say is unremarkable about their lives. To them, it is what you are supposed to be, the right thing to do.

The person running for president next year who understands and communicates those values will certainly get a second look on Main Street.