How Obama Impacts the Future of the Press 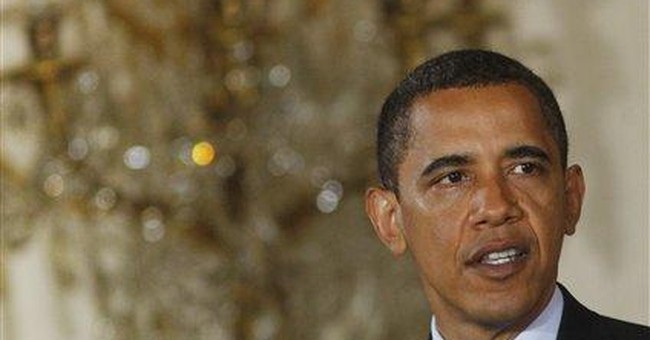 Two weeks ago, ABC News White House correspondent Jake Tapper wrote in his “Political Punch” blog that the Obama White House has begun covering its own stories, “complete with cuts, interviews and chyrons identifying who's speaking.”

Although Tapper called the “coverage” (Obama at the White House basketball court shooting hoops with the NCAA champs Lady Huskies) and White House logo “cute,” he pointed out that ObamaTV – OTV for short – comes at the expense of pool reporters:

“Your Pool was not allowed to go over and shoot POTUS (President of the United States) with the team shooting hoops. We protested loudly.”

No doubt, from the outside looking in, President Barack Obama enjoys a robust, near-chummy relationship with the press. Yet from his perspective and that of those charged with protecting Brand Obama, the view is entirely different.

This is just the evolution of a president making the leap from controlling or producing the message on the campaign trail to taking those methods to the White House, says Villanova University political scientist Lara Brown.

In 1968, Richard Nixon was the first candidate to film his town-hall meetings on the campaign trail and then edit and broadcast them. Presidents with new media at their fingertips have been making quantum leaps ever since.

Presidents generally have sought to manage their encounters with the press so they can produce positive coverage, says U.S. presidential expert Joel Goldstein.

In modern history, all presidents have demonstratively shown their disdain for their press coverage.

John Kennedy famously cancelled all White House subscriptions to the New York Herald Tribune due to unhappiness over its coverage. Nixon isolated himself from the media, holding infrequent press conferences; Ronald Reagan dodged media questions by claiming he couldn't hear.

Obama’s predecessor, George W. Bush, held relatively few press conferences and, when he did, they often were announced at the last minute to minimize preparation.

Goldstein does not see any particular problem with the White House wanting to handle the Lady Huskies visit sans the press pool, especially if a presidential air-ball would be replayed repeatedly on Fox and Youtube.

“But I do think there are some real worries regarding the future of press coverage of government,” he said.

Most of his worries come from what he perceives as a decline in independent outlets with serious reporters, the ultra-partisanship of cable news and the Internet, and an excessive focus on the mundane and the insignificant.

Media tends to ignore more complicated stories that will affect our futures. Perhaps “old media” needs a return to its famed “muckraker era” in order to flourish, if not to survive.

Unfortunately, increasing competition from non-traditional outlets and the loss of independent outlets – along with the perception that people are more interested in Elizabeth Edwards' marriage than in health care, global warming or North Korea’s nuclear ambitions – control what we see or read.

And that minimizes any deep intellectual curiosity by the press as to why the president does what he does, when he does it.

A president usually can’t hide or stage the news forever because the public starts to wonder why he isn’t answering difficult questions or is always posing as an action-hero, says Villanova’s Brown.

“The Obama administration is fostering an illusion that (it is) accessible to the public and that his presidency is more transparent than any in history,” she warns.

He is likely to get away with that until reporters start making a big deal out of their inability to get to him and his skirting of tough questions.

So far, Obama has found a way to do both things – control the message and appear accessible – which, in effect, has helped to put the Washington media out of business.

“If I were a journalist,” Brown says, “I'd fight back with the one thing I have: lots of ink on this story.”