Remember When the UN Declared the Unborn Should Be Protected?

Ryan Bomberger
|
Posted: Nov 20, 2020 9:52 AM
Share   Tweet
The opinions expressed by columnists are their own and do not necessarily represent the views of Townhall.com. 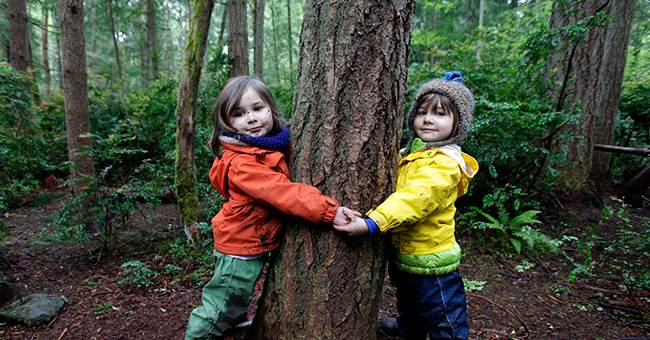 I do. Well, I wasn’t around then, but I teach about this shocking truth in many of my speaking events, especially in colleges and universities. Typically mouths drop and eyes widen. The self-proclaimed social justice warriors tend to shake their heads in angered disbelief. But it’s true and, literally, documented. It was 1959 when the UN adopted the Declaration of the Rights of the Child and reaffirmed the same in 1989 in its Convention on the Rights of the Child. In those historic documents, the UN declares: “the child, by reason of his physical and mental immaturity, needs special safeguards and care, including appropriate legal protection, before as well as after birth.”

Did some air just get sucked out of the room? Yes, the United Nations—not once but twice— declared that.

Institutions devolve quickly when they fail to actively adhere to their founding principles. The UN is no different. Today, the corrupt global organization acts in complete contradiction to many of its charter documents, like the UN Declaration of Human Rights which declares two very Pro-life principles. It recognizes that “all members of the human family” have “inherent dignity.” Yes. We have intrinsic worth that is at the core of our nature, the moment we exist. The UN also claims in Article 3: “Everyone has the right to life, liberty and security of person.”

Notice it says “everyone.” Pro-abortion politicians and activists, who love to play the game of shifty semantics, demand that only a “person” has the right to life as they assume the role of godlike arbiters of human value. Let me make this as scientifically and semantically clear as possible. Every human is a person. Every person is a human. The very definition of person is “a human, an individual.”

Today is World Children’s Day and is touted by the now radically and tragically pro-abortion UN. It’s held to commemorate the passage of the Declaration of the Rights of the Child and the Convention on the Rights of the Child. We have days of remembrances for a reason: to remind us of our past, to stay rooted in particular truths, and to celebrate the best of humanity.

Our humanity is at our best when we do our best to defend and care for the most vulnerable. Our strength is revealed in the ways we help the weakest. World Children’s Day is a day to highlight our world’s greatest resource: our Posterity.

I have four amazing children (two of whom were adopted and all of whom are loved like crazy). My wife, Bethany, and I pour our all into them every day. We believe in their inherent worth which is given to them not by any human institution but by our Creator. It’s why we established The Radiance Foundation, a life-affirming nonprofit that creatively illuminates that EVERY human life has purpose—planned or unplanned. It’s why exactly one year ago, Bethany (a teacher by profession) authored her first children’s book: PRO-LIFE KIDS! This powerful and one-of-kind illustrated children’s book promotes the worldview that “it doesn’t matter your size or your age, you have equal value whatever the stage.” Children are naturally pro-life. They have to be taught that it’s OK to kill an unborn child or exploit and harm a mother.

We have to teach them before a broken world reaches them. There is a global War on Kids (as we discuss in our Life Has Purpose podcast), but our mainstream media ignores it.

Worldwide, there were 73.3 million abortions each year between 2015-2019 according to this Lancet study. The injustice is beyond words! In our nation, there were 862,230 precious children—with what the UN once called “inherent dignity”—that are killed by the social injustice of abortion annually. Every child deserves the right to be born. Even projected President-elect Joe Biden (in a blatant effort to pander to Christians in the only post ever for The Christian Post) declared: “We must again become a nation that defends the inherent dignity of every human…” as he simultaneously told the American public that he will work to codify Roe v. Wade.

If only the radically pro-abortion politician actually practiced that biblical belief in real life!

If only the U.S. Council of Catholic Bishops (USCCB) didn’t just completely ignore this reality when recently congratulating the (unconfirmed, radically pro-abortion, pro-LGBTQGNCxyz) president-elect because he’s “Catholic” like John F. Kennedy! I can’t even get into that ridiculousness right now.

Recently a meme has gone viral featuring Biden’s equally pro-abortion presumptive vice president, Kamala Harris. It features Harris walking down a sidewalk as she casts a shadow of herself as a young girl. The caption reads “That little girl was me” and is often tagged with Harris’ words #DreamBig. The irony is so painfully rich. That little girl and millions of others born in this amazing country can only dream big if they’re born. Both Harris and Biden stand firmly with Planned Parenthood, the nation’s leading killer of dreamers so I fixed the meme (see it here).

I was almost aborted. I was conceived in rape but adopted in love. It’s why I fight for the least of these. I was considered the least of the least. But the circumstances of our conception don’t change the condition of our worth. I have undeniable purpose. You have undeniable purpose. And every child deserves to be given the same opportunity as everyone else alive today—to be born and discover what their God-given purpose is on this earth.

It’s World Children’s Day; let’s work to ensure that every child is born and able to be celebrated in future commemorations. Let’s commit ourselves to a biblical standard of the equal and irrevocable worth of every human life that doesn’t shift with the cultural winds. May we be moved by the best parts of our humanity to protect and value children in and out of the womb.