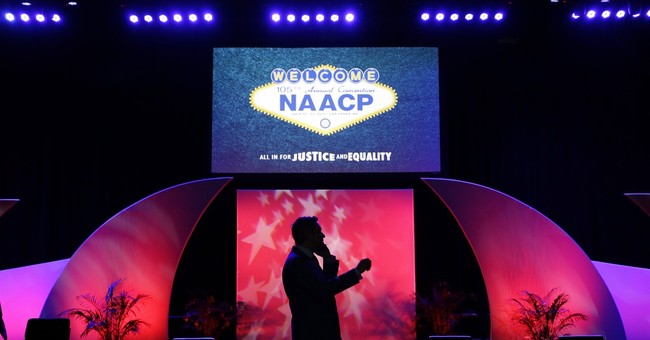 There's nothing quite like learning about the fate of your hard-fought advocacy work through a tweet. I was spending time with my wife and children, doing our devotions, enjoying a nice big breakfast, and not worrying about the world around us for those precious morning hours last week. As the kids scurried out the door for their homeschoolers' dance class, I started flipping through all of the notifications on my phone.

"@LifeHasPurpose @RyanBomberger Congrats on big 4th Circuit ?#FreeSpeech win vs. ?@NAACP censorship attempt!" Greg Scott of Alliance Defending Freedom tweeted. Talk about being caught off guard. I rushed to my laptop and started sifting through my emails to find our ADF-affiliated attorney's email.

And there it was. Our incredible attorney, Chuck Allen, had written earlier that morning to congratulate us on our huge victory over the NAACP. The 4th Circuit smacked down the lower court judge's outrageous decision, which had allowed the NAACP to hide behind trademark law to silence speech it really didn't like.

It comes to this. The NAACP sued my small nonprofit organization, The Radiance Foundation, over the word "abortion." Calling them the National Association for the Abortion of Colored People triggered a reaction that even Rush Limbaugh has been unable to do for the last two decades. He's parodied their name since Justice Clarence Thomas' nomination, back in 1991. He refers to them as the National Association for the Advancement of Liberal Colored People. Don't worry, Rush. Our court victory pretty much sets the precedent; they can't bully others with bogus trademark infringement charges because they don't like what their critics (accurately) say about them.

When free speech wins, America wins. When the NAACP spends hundreds of thousands of dollars on a frivolous censorship lawsuit, their legacy loses.

So, to celebrate this First Amendment victory, I thought I'd explore some suitable parodied names for the National Association for the Advancement of Colored People. (By the way, we're all colored people. Isn't it time to update the acronym, anyway? Then again, it allows them to cling to the past and pretend the same racial situation exists in the present.) So, here are the top 5 monikers for that ever-famous acronym, NAACP, that better describe the far-left, once great, civil rights group.

5. National Association for the Advancement of Certain People

This parody belongs to none other than famed, pro-life, civil rights activist, Fannie Lou Hamer. She apparently was sick and tired of being sick and tired of the NAACP's elitist focus. NAACP co-founder and ardent Planned Parenthood spokesperson, W.E.B. Du Bois, compared the "mass of ignorant negroes" to the quality of produce. Du Bois penned a despicable, dehumanizing article in Margaret Sanger's Birth Control Review (pp. 166-167), opining that: "They [negroes] must learn that among human races and groups, as among vegetables, quality and not mere quantity really counts." His column, Black Folk and Birth Control, advocated classism and racism while championing Sanger’s efforts to target poorer blacks with birth control, promising to reduce poverty (and never delivering). Hamer was not a fan of the NAACP’s elitism or population control.

4. National Association for the Agitation of Certain People

If a black person dies at the hands of a white person, it can only be racism, right? The NAACP often leads the chorus of victimhood evangelists pulling the race card before the evidence is even presented. Liberals pretend it's still the 1960s and that America hasn't made incredible racial progress. But as we've seen in Orlando, Ferguson, and most recently in Baltimore, the NAACP acts like the biggest threat to black lives is police brutality--not the black-on-black crime that is spiraling out of control in urban areas across the United States. When Michael Brown was shot, before knowing the actual circumstances, the NAACP tweeted: “#MikeBrown When someone outside of our race commits murder we want upheaval but we need same for all murder.” Two things. We don't need upheaval; we need peace. Secondly, the NAACP never reacts like this when a white person is killed by a black person.

3. National Association for the Animosity of Conservative People

The NAACP has no love for conservative black folk. Just ask Dr. Ben Carson, Allen West, Justice Clarence Thomas, Justice Janice Rogers Brown, Condoleezza Rice and many others. They’ve all been shamefully demonized by the nation’s largest, and most intolerant, “civil rights” group. In 2014 when Tim Scott (R-SC) was elected as the first black Senator in the South since Reconstruction, the NAACP ignored the historic event. They also showed no love to Rep. Mia Love, the first black Republican woman elected to Congress...ever. The NAACP loves liberalism. Ironically, they have nothing but disdain for the Party of Lincoln.

The NAACP is on the wrong side of so many issues affecting the black community. They fight against Voter ID laws even though in states where those laws have been implemented, minority voting has increased. They fight school choice and vouchers that would benefit low-income minority students. They fight for “gay marriage” but say nothing of the need for intact (heterosexual) marriages, which are the strength of any community. They completely ignore the epidemic of fatherlessness even though over 72% of black children are born into homes without fathers.

1. National Association for the Abortion of Colored People

When I wrote an article with this parodied name in its title, detailing the radical pro-abortion policy and actions of the NAACP, I had no idea the reaction it would cause. The NAACP apparently forgot that free speech is a civil right and tried to bully us into silence. The Radiance Foundation versus NAACP is a history maker and another retelling of the classic David versus Goliath story. Obviously, the NAACP also forgot how that story ended.

So, there you have it--parodies that speak the truth. And thanks to three judges of the U.S. Fourth Circuit Court of Appeals, that expression is undeniably protected speech.