We the Sheeple and Baaaaad Government 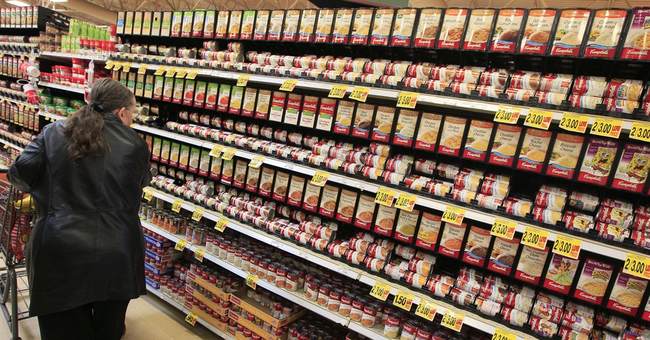 It seems we have a government who increasingly, since the establishment of this great nation, thinks that in order to ‘promote the general welfare’ it needs to generally promote welfare for all. Our federal government has an addiction, and the cure is found in those amazing words signed by fearless men on this very week, back in 1787. But that fearlessness has given way to recklessness. Under the guise of offering solutions, both parties have contributed to the dissolution of our sacred Constitutional rights. Despite the fact that we’re all taxed enough already, the supremely wrong decision validating the abortion-funding Affordable Care Act (as a tax) also aborts our First Amendment rights of conscience. Many say the Constitution is a living document. Fine. Then stop killing it. Judges. Democrats. Republicans. And anyone in between.

Apparently simple mathematics and economics escape our squandering public servants. Politicians from across the political spectrum deserve the blame of endless spending and arrogant unwillingness to curb their addiction to deficits. Although, I will say, liberals are like washed up celebrities at rehab for the twentieth time, determined to return to the destructive behavior until death. It’s been more than a century in the making. It seems our disconnected leaders, despite a national debt of over $17.7 trillion, are suffering from a severe case of DDD – Deranged Debt Denial.

But reality means nothing to many in political office these days, so in this vein of fantasy I propose some ideas that our elected officials, hell-bent on spending us into oblivion, should champion with expedience and zeal.

GroceryCare. Yup. How can we possibly talk about the right of all Americans to Healthcare if they’re not first fed? What kind of callous government can overlook the daily plight of every American? Food stamps (as in quick as a S.N.A.P. to get you hooked for a lifetime) are discriminatory and deprive the majority of Americans what is rightfully theirs. Food deserts are everywhere causing massive shortages of the sustenance we all need. Government, our Provider, must give us our daily bread (as long as it’s low in sodium, trans-fat free and not served with a soda over 16 ounces). Sorry Mayor Bloomberg, your state’s Supreme Court didn’t find your ban on large sodas so sweet.

Yes, we Americans have been fooled into thinking it all starts with Healthcare. We need to stand up and demand GroceryCare. It is the first step to a healthier citizen who can praise his or her government for realizing that no one should ever go hungry or ever work in order to be fed. And that way, we will never bite the hand that feeds us. Give and we shall receive, oh Government. Please, take away our cornucopia of grocery stores, too. We don’t need all of those choices—that would lead to competition, variety and free will.

Along these lines, I propose that in order to enable us to exercise our right of GroceryCare, it is glaringly obvious that we also need GasCare. How else can we get to that singular source of government comestible provision without a means by which to get there? So, our very health is dependent upon the government’s gracious extension of another sacred right of ours — to have gas. Can you imagine what kind of health ramifications there would be if we couldn’t get to our food? Think about the irreversible harm one would experience unable to get to a job without federally provided fuel. If we couldn’t travel like everyone else, freed from the constraints of costly (global-warming causing) gasoline, our tanks would run low on fundamental fairness and bring our lives to a screeching halt. The stress that we would save our bodies, by implementing such thoughtful preventative GasCare, is incalculable (kind of like any of the last six years worth of Stimulus Packages’ positive effect on our economy).

But one cannot possibly broach the subjects of Healthcare, GroceryCare or GasCare without the means by which so many of us make it by, every day—Credit. So, in light of the millions of Americans who are without good credit, or are seeking better credit options but are left without a way to have what others have due to their poor state of Credit, I propose PlastiCare. Yes, nearly every day, we Americans are defined by our ability to swipe that plastic. Think of all of the anxiety that can be eliminated if people know that the government is taking care of their plastic. Health experts would certainly see a sharp increase in individual and collective happiness as the barriers to materialism are leveled. The government’s been living off of credit for decades, ignoring all consequences. Why shouldn’t the debt-strapped American public do the same? Let’s subsidize it and ensure that PlastiCare gives hard-working citizens (oh, and the lazy ones too) a sense that there’s no limit to what can be achieved…I mean, acquired.

So, I beg my fellow Americans to think beyond just HealthCare. There’s a world of rights we haven’t claimed for our own. Don’t let the Constitution limit us. Let’s jump into that same raging river our elected leaders have thrust themselves into. The current is fast and furious and irresistible. Let it take us away. For we know we have a government who has already charted the course, navigated its tumultuous turns, and will, in the end keep us all above water.

Then again, this was a literary exercise in fantasy.