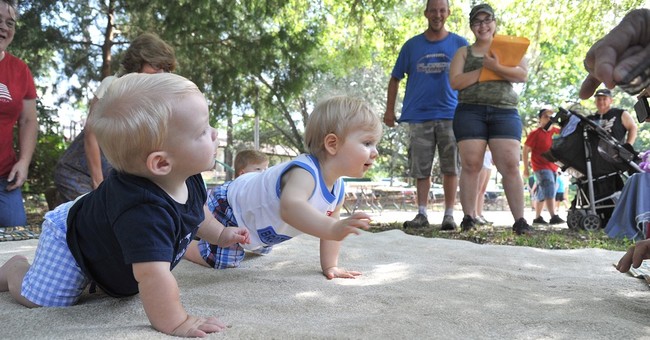 Last week many of us were disgusted to learn Planned Parenthood is harvesting and selling body parts from aborted children. As the largest provider of abortion in America, Planned Parenthood is part of the problem, on the “supply” side. But as we all learned in Econ 101, there’s both supply and demand. What’s behind the demand for abortion? A major factor is the breakdown of the family. And the Supreme Court’s ruling to redefine marriage is only taking us further down that road, putting even more unborn children at risk. After all redefining marriage redefines parenthood.

Indeed, both the pro-choice movement and the movement to redefine marriage reduce human community to contract and consent and limit our obligations to other human beings to those we have freely chosen. Consider their slogans: “My body, my choice.” “I consented to sex, not to having a baby!” “Love makes a marriage.” “Marriage should last as long as the love lasts.” They all reflect the belief that consenting adults should do whatever they want to do, a belief that puts adult desire before the needs of children. And weakening marriage will lead to a culture with more nonmarital sex, thus more nonmarital pregnancy, and sadly more abortion.

Redefining marriage will also increase the use of assisted reproductive technologies. The movement to redefine marriage insists that there are “no differences” between the marital union of husband and wife and the union of two people of the same sex, yet a same-sex couple cannot conceive a child naturally. To achieve full “marriage equality,” then, it will be necessary to turn to modern technology. Same-sex couples must use assisted reproductive technologies—with the assistance of sperm donors, egg donors, surrogate wombs, etc.—so they can “have children of their own.” In fact, scientists hope eventually to eliminate the need for such outside help. In March 2015, Time magazine ran a story titled “Get Ready for Embryos from Two Men or Two Women,” trumpeting the possibility that stem cells could create eggs from men and sperm from women. And, of course, there are efforts to create artificial wombs.

The misuse of technology should concern us. The more children that are conceived for same-sex couples through assisted reproductive technology, the more children that will be conceived explicitly and intentionally outside of a relationship with both their mother and father. A just society makes sacrifices to ensure that children are known and loved by their own mother and father, while doing what it can to help children denied that blessing by misfortune. But misusing technology turns those priorities upside down, deliberately increasing the number of children who grow up fatherless or motherless and subordinating children’s needs to adult desires.

The pro-life concern here, of course, is that the assisted reproduction industry destroys massive numbers of human embryos. Anyone familiar with these processes knows that they produce many more embryos than will ever be implanted in a womb, and of the embryos implanted, only a few will survive.

Adults must have what they want, including children. If those children cannot be conceived through a natural act of love, they must be manufactured. Far more children will be destroyed than will be born, of course, but we have decided that adult desires come first.

Giving people the right to get what they want, even a baby, sounds like an expansion of freedom. But it’s not. Activities that were once prohibited are now acceptable, protected, and even privileged. The Supreme Court ensured the legalization of contraception and abortion, for example. And now the government mandates that other people promote them. Obamacare requires employers to provide free contraception and abortifacients, and the State of California and the District of Columbia are attempting to require insurance coverage of elective surgical abortion.

From the contraception mandate, we are moving on to a conception mandate, with California leading the way. All healthcare plans in that state must cover reproductive technologies for all people, married or unmarried, gay, lesbian, or straight. “Reproductive medicine is for everybody’s benefit,” asserts the author of that law. “To restrict fertility coverage solely to heterosexual married couples violates California’s non-discrimination laws. I wrote this bill to correct that.” The law makes no allowance for a healthcare plan sponsor’s conscientious beliefs about life, marriage, or parenting.

Children should be conceived within a relationship that will provide them with the love and care of the man and woman who gave them life. The unborn child has a right to life, yes, but also deserves a mother and father, and where possible the mother and father who brought the child into being. Because of human frailty, it isn’t always possible for a child to be raised in his natural family, but that should be the ideal to which our policy aspires. And we should never intentionally deprive a child of such an upbringing. And yet redefining marriage does precisely that. That’s another reason why Justice Kennedy got the case so wrong.

Wait...That's How Many Students Had a Problem With Dave Chappelle When He Visited His Alma Mater?
Townhall
It sure looks like Kamala Harris is rearranging the deck chairs on her proverbial Titanic
Twitchy
Justice Thomas Tears Into Pro-Abortion Lawyers With Hard Opening Questions
Redstate
40 Years Ago, Monty Python Predicted (and Mocked) Wokeness
PJ Media