Ross Marchand
|
Posted: Apr 03, 2020 12:01 AM
Share   Tweet
The opinions expressed by columnists are their own and do not necessarily represent the views of Townhall.com. 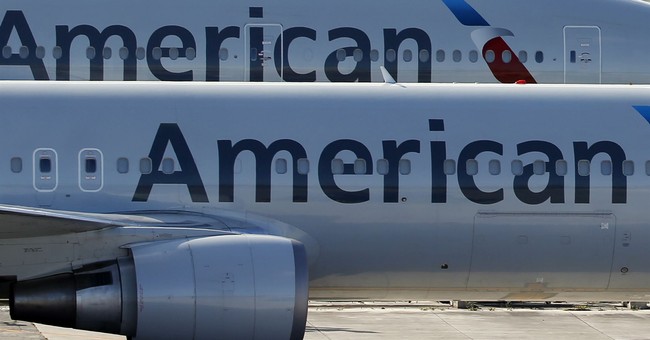 Of all the industries feeling the fallout of the Coronavirus pandemic, America’s airlines are likely the hardest hit. The Transportation Security Administration estimates that air traffic is down 90 percent as President Trump is purportedly considering domestic travel restrictions on top of the international bans already put in place. Congress sensibly stepped in to protect the struggling airline industry in the Coronavirus Aid, Relief, and. Economic Security (CARES) Act, providing aviation businesses $29 billion in loans and loan guarantees and $32 billion in direct grants to defray payroll costs. But in exchange, Congress empowered the federal government to demand access to airline stocks. This backdoor nationalization would only hurt struggling air carriers without any real benefit for taxpayers. The U.S. Treasury should focus on temporary relief to airlines, not open-ended government ownership schemes.

While countless media outlets have reported on the headline $61 billion in relief to air carriers and workers, a tucked-away provision in the CARES Act attaches significant strings to this offer. Sec. 4117 allows Treasury Secretary Steven Mnuchin to pursue “appropriate compensation to the Federal Government for the provision of the financial assistance” such as “warrants, options, preferred stock, debt securities, notes, or other financial instruments.” Considering the significant leverage the federal government has over the airlines, this is no small matter. As The Wall Street Journal editorial board points out, the combined valuations of the largest carriers (i.e. Delta, United, American, Alaska, JetBlue, Allegiant, Spirit and Hawaiian) are around $35 billion. Given the size of federal relief compared to these valuations and continued, steep revenue declines, it wouldn’t take much for the government to become the majority owner of many of these airlines – if Secretary Mnuchin decides to use his newfound authority.

Everyone, including taxpayers, consumers, and the airline industry itself, would stand to lose out big time from a federal foray into the airline industry. Ten years ago when the government barged into the banking business and supplied implicit bailout guarantees to leading financial institutions, conventional wisdom held that federal support would lower bank borrowing costs. But, according to a 2014 Government Accountability Office study, “large bank holding companies may have had higher funding costs since the crisis.” Granted, the comparison of banks to airlines isn’t perfect, and aid to airlines is more akin to a natural disaster response than systemic “too big to fail” issues. But these funding issues tend to happen whenever the government decides to indefinitely support companies or industries (whether through holding equity or bailout guarantees) instead of just giving them temporary help in a crisis.

In a 2015 Journal of Financial Economics study, a team of researchers examining data from 43 countries over 20 years found that the government owning stock in companies makes it more difficult for companies to raise money. As a result of the government getting involved, management tends to get caught up in political considerations and becomes less disciplined. Poor company decisions and politicization, in turn, make it more difficult to raise money from outside sources. It’s unclear why the government wants to pursue this “solution” for an industry that is already down on its luck. The last thing the airline industry needs right now is higher borrowing costs, yet that’s exactly what the prospect of government ownership entails.

Nor is this a good deal for taxpayers. As Warren Buffett and most financial advisers will readily confess, it is virtually impossible to make the “right” set of targeted investments that will beat the market on the whole over the long-term. Parking money in an index fund over a few decades’ time is a smarter move than putting all of your eggs in one basket (i.e. the airlines industry). Once this crisis is over and the airlines have paid back their loans, the Treasury should let Americans do just that and invest their hard-earned dollars in a wide array of industries.