Missing the Real Problem on Benghazi 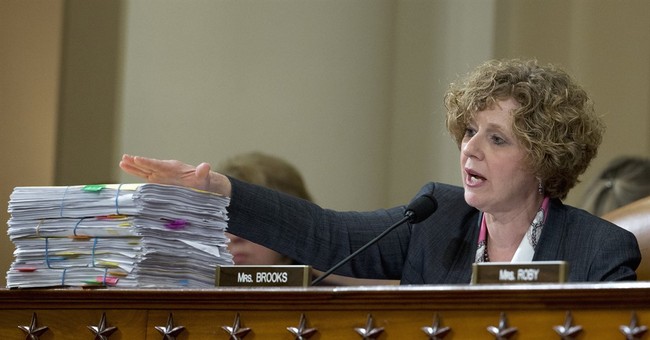 Last week the U.S. House of Representatives called former Secretary of State Hillary Clinton to appear before a select committee looking into the attack on a US facility in Benghazi, Libya, in 2012. The attack left four Americans dead, including U.S. Ambassador to Libya, Chris Stevens.

As might be expected, however, the "Benghazi Committee" hearings have proven not much more than a means for each party to grandstand for political points.

In fact, I would call these Congressional hearings "too much, too late."

Four years after the U.S.-led overthrow of the Libyan government - which left the country a wasteland controlled by competing Islamist gangs and militias - the committee wants to know whether Hillary Clinton had enough guards at the facility in Benghazi on the night of the attack? The most important thing to look into about Libya is Hillary Clinton's e-mails or management style while Secretary of State?

Why no House Committee hearing before President Obama launched his war on Libya? Why no vote on whether to authorize the use of force? Why no hearing after the President violated the Constitution by sending the military into Libya with UN authorization rather than Congressional authorization? There are Constitutional tools available to Congress when a president takes the country to war without a declaration or authorization. At the time, President Obama claimed he did not need authorization from Congress because the U.S. was not engaged in "hostilities." It didn't pass the laugh test, but Congress did next to nothing about it.

When the Obama Administration decided to attack Libya, I joined Rep. Dennis Kucinich and others in attempt to force a vote on the president's war. I introduced my own legislation warning the administration that, "the President is required to obtain in advance specific statutory authorization for the use of United States Armed Forces in response to civil unrest in Libya."

We even initiated a lawsuit in the U.S. District Court for the District of Columbia asking the courts to rule on whether the president broke the law in attacking Libya.

Unfortunately we got nowhere with our efforts. When it looked like we had the votes to pass a resolution introduced by Rep. Kucinich to invoke War Powers Resolution requirements on the president for the use of force in Libya, Speaker Boehner cancelled the vote.

Why were there no hearings at the time to discuss this very important Constitutional matter? Because the leadership of both parties wanted the war. Both parties -- with few exceptions -- agree with the ideology of U.S. interventionism worldwide.

Secretary Clinton defended the State Department's handling of security at the Benghazi facility by pointing out that there are plenty of diplomatic posts in war zones and that danger in these circumstances is to be expected. However she never mentioned why Benghazi remained a "war zone" a year after the U.S. had "liberated" Libya from Gaddafi.

Why was Libya still a war zone? Because the U.S. intervention left Libya in far worse shape than it was under Gaddafi. We don't need to endorse Gaddafi to recognize that today's Libya, controlled by al-Qaeda and ISIS militias, is far worse off - and more of a threat to the U.S. - than it was before the bombs started falling.

The problem is the ideology of interventionism, not the management of a particular intervention. Interventionism has a terrible track record, from 1953 in Iran, to Vietnam, to 2003 in Iraq, to 2011 in Libya and Syria. A real Congressional hearing should focus on the crimes and mistakes of the interventionists!

CARTOONS | AF Branco
View Cartoon
In Final Weeks of Virginia's Gubernatorial Race, It's Clear Where Momentum Is
Rebecca Downs
Trump Has An Idea on Who Should Run for Governor of Wisconsin
Rebecca Downs
Democrats Have Some Really Bad News for Fierce Trump Critic Adam Kinzinger
Rebecca Downs
President Joe Biden May Not Be Able to Escape This Major Crisis Before the Midterms